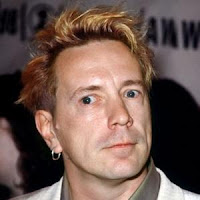 Judging from who I normally write about in this lil' corner of cyberspace, you might be surprised to learn that Public Image Ltd was one of the key bands that indoctrinated me into the world of sub-rosa rock and roll. Thinking back to those numerous mornings in 1987 when I was gearing up for school, MTV treated my eyes and ears to PiL's rather manic video for "Seattle," the single for their freshly released Happy? longplayer. It wasn't long thereafter that I found an even bigger revelation in singer John Lydon's (Rotton's) more infamous career debut with the Sex Pistols. I combed through both the Pistols and PiL's catalog with rabid vigor and delight, and quickly discovered the latter of those two aggregations had a far deeper trove to plunder. But let's face it, PiL had been off everyones radar for the better part of two decades, but in early 2010, when word went out that the band had recently reformed (albeit with a significantly retooled lineup - Wobble-less I'm afraid) and were going to be touring North America this spring, my ears naturally pricked up. What better way to get psyched for this tour (well underway, I might add) than by revisiting a vintage concert from what I consider to be the band's most entertaining and substantive era. The 1987 London, Astoria show I'm sharing was in support of the aforementioned Happy? Featuring nearly twenty numbers, the set list is fairly reliant on Lydon and Co's more "pop" oriented albums, but does stretch back to First Issue, and more specifically, the seminal "Public Image." It's a respectable audience recording with a couple of brief glitches, but moreover a generous and satisfying setlist.

Lydon is renown for his scathing opinions and acerbic wit just as much as his albums and live performances, if not more so. The man's interviews are an entertainment medium unto themselves, wherein an unprepared or intellectually offensive "journalist" is shaken down and chastised in the most hilariously brutal and eloquent manner possible. In addition to the Astoria show, I'm offering a pair of interviews, one from 1986 and one from last month. For better or worse the first one, sourced from vinyl as part of the Lip Service magazine interview series isn't particularly revelatory of caustic. Quite casual in fact, though Lydon's voice has been sped up a notch for no apparent reason. The second interrogation, from April of this year, comes courtesy of the zany and restless Nardwuar (The Human Serviette) who painstakingly deluges Lydon with a laundry list of trivial inquiries and anecdotes. Does our man lose his cool? Have a listen and find out for yourself.

Thanks for the interviews - priceless!