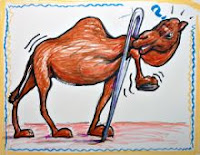 It has been far from downhill for Brian eno since “needles in the camels eye.”