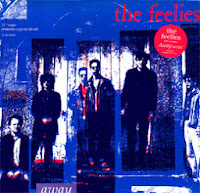 Little Hits was an unrelated music blog that preceded mine, which largely dealt with left-off-the-dial indie rock obscurities circa the 1980s.  It left a substantial impression on me, so much so that I decided to throw my hat in the ring with Wilfully Obscure.  During the past two months I've shared self-curated compilations of some of the music I absorbed (or more accurately, downloaded) during Little Hits 2005-2009 lifespan.  I originally promised three installments in this mini-series.  Here is the third, and I may extend it to four, since the response has been better than I expected. 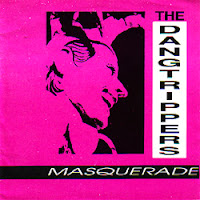 There are actually a few relatively well known entities here, including the Feelies, whose cover of Patti Smith's "Dancing Barefoot" is nearly as captivating as the original.  It was initially released on a flexi-disk, and later appeared as a b-side on a promo single.  East River Pipe also make an appearance with a superb early ep track, "Make a Deal With the City," and 415 Records all-stars Red Rockers dish out their nascent, punky single "Voice of America."  Scruffy the Cat are also represented, a band who I never got around to mentioning on these pages, and sadly their frontman Charlie Chesterman is recently deceased.  Little Hits were spot-on when it came to distilling an artist down to one key single or signature song, and the robust power pop of Scruffy's "You Dirty Rat" is a sheer hole-in-one.

As for some of the more unknown quantities, New Zealand's Alpaca Brothers made my shortlist, as did a couple of Midwestern bands from the States that weren't quite destine for bigger things, namely The Dangtrippers and Bangtails.  North Carolina's Glass Moon should have scored a monster hit with "Simon," a narrative slice of new wave entailing an Albert Einstein theme.  Rick Rock is actually power pop maestro Parthenon Huxley incognito, whose "Sputnik" is thrown into the mix as well.  Klyde Konner fleshes out this compilations pub-rock quotient, and I would have been remiss if I neglected to include one of my coolest LH discoveries, New York's little known Bandables, who only managed to eke out a single during their lifespan.  "Levitation" however isn't from that 45, rather it remains unreleased to this day. 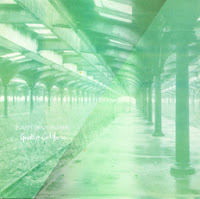 Huba huba. Can't wait to listen to it.

I'm not an idiot, the multiple posts came when I tried to return to the main page with the "back" button. I think that was because I only signed onto Google when I posted.

My gawd is that Scruffy The Cat song great! "You Dirty Rat"!

No problem Ace. That Scruffy song is fantastic...and so are the Bandables.

Hey whats up there? Are u still alive? I hope so man, i have to congratulate all your work uploading this fucking beautiful great sublime music. I dont have words to express when i hear it. I was wondering if yo can upload again VA Little hits all.
Thanks again.

All the Little Hits links have been updated.

THANKS!!! I have to say that you are one of the few people that take care of music reuploading man, and answering also (sorry for my bad english). I cant get out of my head the tune of Speed the Plough - River Street. Thank you so much man, greetins from argentina.