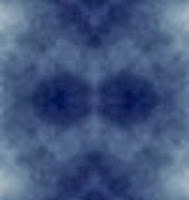 Before signing to Sub Pop in the early '90s, Rein Sanction were virtual unknowns outside of their native Jacksonville, FL.  To their detriment, this is how their circumstances would remain despite the backing (or perhaps lack thereof) of a high pedigree indie label.  Two albums (1991's Broc's Cabin and '93s Mariposa) and two singles were what RS presented to the world while they were in cahoots with Pavitt and Poneman, but the trio was active in the '80s, and had this exceedingly scarce record to show for it.

Reliably murky and downcast, Rein Sanction also had a knack for stirring up a racket, wielding squalls of noisome, feedback-ridden fretwork a la early Dinosaur Jr., Eleventh Dream Day, and even Neil Young.  They possessed a certain psychedelic panache too, which meshed nicely with the mangled arpeggios and whatnot they were wont to throw fans.  Broc's Cabin was their finest moment, but Rein Sanction is largely cut from similar cloth - so much so that a couple tracks were actually rerecorded for Broc's.

I don't own a physical copy of this record, rather the band made it available for download on their long defunct webpage.  As for the blue-ish image to your right, it may or may not be an accurate depiction of the record jacket.  The band left that somewhat ambiguous on said website.  Rein Sanction released a third album in 1996 titled, Blue Men.

One of my fave, underrated Sub Pop bands. I always felt they had a nice Built To Spill-like vibe as well...

They released a live album in 2009: http://www.cdbaby.com/cd/MarkGentry

It seems that they have another album called "Good One" which was released back in 2008 according to this blog:http://roquebrio.blogspot.com.br/2011/01/rein-sanction-discografia-basica.html

A Built to Spill vibe? Definitely on this one or Broc's Cabin. Thanks for the tip Flavio.

I could have sworn that I once stumbled on a 21st-century Rein Sanction christian rock conversion. Maybe I am remembering that wrong. There is hardly anything at all online about them now, other than the usual sites' discussions of the two Sub Pop LPs - AllMusic, Trouser Press, et. al.

Thanks. These guys were big in my little circle of Central Florida music buffs in the early 90s.

they all flirted with 'religion', but never recorded anything religious that i am aware of.

I personally found a lot of religious undertones on the Blue Men recordings, lyrically of course. Normally that's a turn-off for me but in these instances it made me feel good as I got the feeling that they felt better off for having some kind of personal salvation. Then again, what do I know, I'm just some guy on the internet.

the story of the band (and individual persons) is a sad one. it is pretty much textbook roll and roll tragedy. i met all the 'members' separately and at different times in their lives. they are all incredibly talented but didn't seem built for the 'music machine'.
i do know that the brothers gentry and ian would use religion to bring things back into perspective. in regards to the 'good one' recording, i have never heard of this officially. there are some recordings from various studios in jacksonville (i have one from hole of the pigeon i believe it was called at the time)that there were copies made and bartered with though. 'good one' refers to something the brothers used to say a lot, 'good one jerry'.

i came to know mark and brannon after sharing a stage with them in 1993, after which we struck up a close yet intermittent friendship that lasted for years until we eventually lost contact. i have a lot of love for the bros. gentry and the music they made. to my ears, rein sanction were one of the greatest and most innovative bands of their time, and their music has held up incredibly well. in fact, i would say it has improved with age.

sub pop dropped them when they booted ian out of the band shortly after i met them in '93, and it has been a struggle ever since. the chemistry between those three guys and the noise they created is something that only comes along once in a lifetime.

yes, it is true - mark and brannon were and probably still are deeply religious, and what is referred to as the "blue men" CD that they put out in 1996 on souldier records reflects this directly with songs such as "his son let me in" (a great tune, by the way). with this, the band started working out a new sound without ian in which the improvisation was all but gone, while the arrangements became more stark and the vocals were much improved and more front-and-center (notably, brannon was singing lead a lot more). tracks like "stray dog," "empty shell, and "plastic cage" and the aforementioned "son" (with a heavy joy division vibe) being every bit as inspired and majestic as any of their earlier material.

they recorded a 6-song EP a couple of years later that had some stellar moments as well. "johnny," "high on your love (morning rain)," and "mr, blues" are stand-out tracks, taking on a neil young vibe at times, with mark's trademark guitar.

2006 saw the first official release of new rein sanction material in a decade with a 3-song 7" on Flotation records out of seattle. the release was supposed to coincide with the band relocating to seattle and teaming up with the label's owner on bass. mark contacted me shortly thereafter to tell me that he and brannon moved all the way to seattle, only to return home to jacksonville two days later with their tails between their legs because of personal issues.

two years later saw the internet release of an album entitled "good one." the album was rein sanction in name only as brannon's input was limited - the album being more of a collaborative effort between mark and producer/bassist terry towsley. to my ears, this is by far their best material since mariposa. songs such as "hit the bus stop," "hurricane," and "run with me" are reminiscent of why i got into this band in the first place. it is a very solid release all-around, and it is a shame that it never received a proper release because it holds up with the band's greatest moments.

a couple of years later, a collection of live recordings of all new material, entitled "cat's eye" was available for download. the "songs" in question are less tuneful and largely instrumental and droney jams. i did not find this "album" particularly interesting or enjoyable, but worth tracking down if you are a rein sanction enthusiast/completist.

writing this brings back a lot of memories and reminds me that i have video of three rein sanction shows from my hometown in 1993 that i need to digitize and upload to youtube. i had a live multitrack recording of one of these shows, but some douche bag (i know who they are, although they will not confess) stole it after attending a friendly get-together at my house years ago. i also have a 4-track recording of mark and i jamming away into the small hours that might be of some interest to the public.

Gosh Todd, thanks for all the memories and such. Sorry I didn't reply sooner. I have the Flotation Records single and downloads of all the post-Sub Pop stuff. RS in "name only" is better than no RS at all. Never quite picked up on the religious bent, but I'm usually not hung up on such things anyway. Thanks again for sharing that text. BTW, do demos exist for anything on Brock's or Mariposa?

Looking forward to it. Thanks.