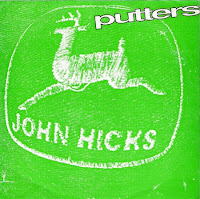 Everyone knows that so called "punk" in the '90s had become a safe, watered down commodity, so much so that mainstream acts (who need not be name) were are a sad caricature of that grossly misled movement itself. Then again, some of the smallest indie bands of the era were making the biggest noise, and Seattle's all but overlooked Putters were amongst a hardy cavalcade of aesthetically minded period acts including the New Bomb Turks, Fumes, not to mention early Supersuckers. This pair of three-song 45s and a blistering album, Fear of Women on eMpTy Records are left to tell the tale. High octane, two-fisted, leave ‘em chokin’ the god damn dust, punk-as-fuck rock n roll. That's the Putters in a nutshell. In other words people, this stuff smokes. Used and new copies of the aforementioned Fear of Women are in abundance on Amazon, and for those of you who'd like to read up further on this quartet 10 Things online has a few words to say. 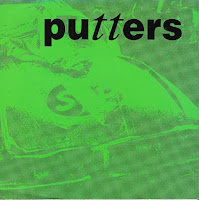 Awesome Post! I thought I was the only one who remembered this band. I still have the "Fear Of Women" cd f you need it

Thanks for all the kind words. Also thanks for ripping those singles to mp3. You saved me some work. You might be interested to know that we recently went to Egg Studios and recorded 5 new songs. Its not quite the young, loud and snotty stuff we used to do because well we're old.

reup please. Thanks in advance!