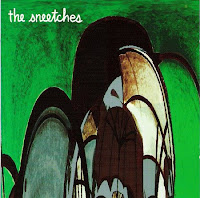 For a blog with an emphasis on indie and power pop, I'd say I'm overdue for a feature on The Sneetches. For a brief overview, Trouser Press, perfectly encapsulates the essence of the band:

Led by singer/guitarist Matt Carges and singer/bassist/guitarist Mike Levy, San Francisco's Sneetches were one of the most tasteful, consistently tuneful pop bands on the American scene. Echoes of the Zombies, Left Banke and Easybeats (they've covered songs by all three) abound; simple, uncluttered arrangements let their like-minded originals' substantial charms shine through. 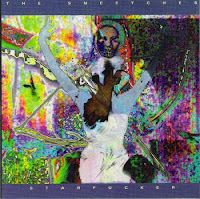 If you're going to make comparisons, especially of the Merseybeat variety, you can bet The Byrds were just as important inspirational antecedents as the aforementioned, and nowhere is this more evident than on a trio of singles cut for the Bus Stop label, cut around 1990. The Think Again ep (a mini compilation thereof) boasts six solid numbers, kicking off with "...And I'm Thinking," an entirely retro-fitted nod to Roger McGuinn. An equally potent dose of the same magic spills over to a resplendent rendering of The Zombies "She Does Everything for Me." Yet another cover is included here, that of Buffalo Springfield's (Neil Young) "Flying on the Ground."


1994 gave rise to the Sneetches fourth and final proper full-length, Blow Out the Sun. The Starfucker ep (a heck of a lot less raunchy than it's namesake would imply) is comprised of seven outtakes (really demos) from the Blow Out sessions. The British Invasion vibes, as indelible as they are, have to compete with an equal awareness of the dB's, Alex Chilton, and the like. As far as leftovers go, some of these songs were definitely LP worthy. Blow Out the Sun is worth seeking out by the way, as is 1985-1991, a handly distillation of early album tracks and outtakes.
Think Again ep
01. ...and i'm thinking
02. i think it's alright
03. julianna why
04. she does everything for me
05. flying on the ground
06. a good thing
Starfucker ep
01. Watch Me Burn
02. Caroline Goodbye
03. The Fool For You
04. Get Along With Me
05. This Time
06. They Keep Me Running
07. The Dog inYou
Think Again: https://www2.zippyshare.com/v/RBuxyujW/file.html
Starfucker: https://www2.zippyshare.com/v/Rds1p6QK/file.html
Posted by spavid at 5:43 PM

Whoa, man, thanks for these. Sneetches albums are damned hard to come by. Might an upload of Sometimes That's All We Have be in the future?

..And I'm Thinking is one of my favorite songs ever!

Saw them when I lived in NYC Summer '90 and they were so great live too!

I think I can get Sometimes... up here in the not-too-distant future.

Just love everything by the sneetches - and really think the world of this blog. Thanks!

Any chance of reupping these? so hard to find their material.

Just fixed the links. Thanks for the request.

Could these please be re-upped once again? Thanks!!