Glass Eye were part and parcel of what is loosely referred to as the "New Sincerity" mini movement of collegiate rock bands hailing from Austin, TX in the mid-to-late '80s, that also included the likes of The Reivers and Texas Instruments, who I have expounded on here before. 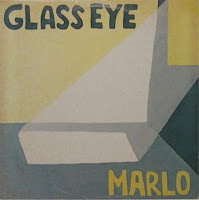 A coed quartet, Glass Eye didn't quite fit into the more straightforward jangle-rock mold of the aforementioned, nor did they forge their own, at least not on their initial releases. On their first effort, the self-released Marlo ep, led predominantly by Kathy McCarty Glass Eye were seeped in the choppy, rhyhtmical inclinations of none other than the legendary Gang of Four. McCarty however lended a sense of warmth and relative serenity to what could have been an out-and-out lock-step affair. Surprisingly palatable given the heavy influence of said predecessors, the crisply recorded and executed Marlo is Glass Eye's finest moment in my opinion (yeah, it's all kinda downhill from here). 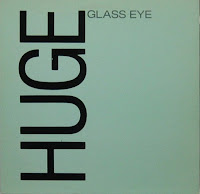 Their followup, the long playing Huge, is a step in a couple different directions. Stella Weir's keyboards are boasted much more prominently in the mix than on Marlo, suggesting the work of bands like Polyrock (i.e. new-wave meets watered-down no-wave). Huge also marks the increased participation of bassist Brian Beattie as mouthpiece. "Lake of the Moon," and "Invention" were two of the album's most sparkling selections, but elsewhere, Glass Eye's songwriting deficiencies were quite evident. After Huge, the band went on to record two more albums and an ep for Bar None Records that you can read up on here. The quartet regrouped in 2006 for some shows, and while speculation of a CD reissue of Marlo and Huge once loomed on their website, nothing has come to fruition as of this posting. You can also get a fill of their Myspace page.

You've got a super-duper blog, but I gotta disagree here. I think their later Bent by Nature album is the highlight of their discography and Hello Young Lovers is no slouch of an album, either. The former is one of the top ten albums in our household, for two generations! It goes on every car trip with us.

But we all have different opinions and things we love - thanks for sharing these. I've got a live Glass Eye I keep meaning to share, but it needs some serious editing and I'm a lazy sod.

WOW! You don't realize HOW LONG I've been looking for the Marlo EP. A friend dubbed it to cassette when it came out and I've wanted it ever since I lost that tape. BRILLIANT THANKS!!

Thank you so much for posting these! I've been looking for them for such a long time!

These guys were amazing live. I have some video footage around here of them at Cannibal Club (or was it the Back Room?) somewhere.

In the mean time, I know I have a copy of the demo tape they handed out just before Bent By Nature was finished. It has different mixes and alternative takes of a few songs. It's an EP (not all the songs of the final release) and an old cassette, so know ahead of time that it's noisy as all hell, but I'd be willing to pass on a digital copy if you want to make it available here.

I hope when Brian gets around to releasing the Marlo/Huge CD he's been working on for years, he includes these and many other outtakes.

Would it be at all possible to reupload the "Huge" LP?

Can you re-post this Glass Eye when you have a chance? And if you can also re-post The Trypes and Permanent Green Light links. Thanks so much for providing new links to Art in the Dark, The Oysters and The Flies! Did you ever post any Titanics? Thanks!!!!