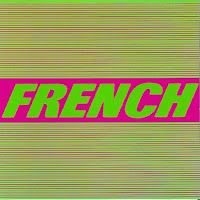 French were a stunning NYC quartet who bridged the not-so-great-divide between scrumptious power-pop and good ol' fashioned indie rock. With connections to Versus, and that band's precursor, Flower. In fact former Flowers Ian James and Andrew Bordwin were founding members of French. James Baluyut, while only having a bit part in French, was also linked with Versus, via to his relation with that long-running outfit's head honcho, Richard Baluyat. Quite the axis these guys (and gal, Maria Ocanto) had going, huh? 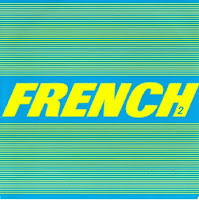 Tight to a fault, the eminently sturdy French were adept pop-smiths, peeling off penetrating guitar licks amidst harmonies to die for. Their first ep's lead-off track, "Bus Girl" sets the stage perfectly, revealing the rock-steady modus operandi that would carry over to their next release, 1997's French 2 (click on the hyperlinks for analysis by French super-fan Jack Rabid of Big Takeover magazine fame).


Upon browsing the discography portion of French's website, these two eps are only the tip of the iceberg. Depending when their corner in cyberspace was slapped together, physical copies of the eps may still be available from Ian himself, but otherwise, there are several albums worth of MP3s to plunder.
French ep
01. Bus Girl
02. Misanthropy
03. Strictly Dreamboat
04. Fondly
05. Genevra's Gone
06. Leave It
French 2 ep
01. Deliver
02. SDB 2
03. A Miracle
04. American Venus
05. Santa Fe
06. (I Would Like To) Rule the World
https://www90.zippyshare.com/v/NljvitkP/file.html

wow, the first ep was really great. haven't heard the second yet, but i'll download for sure

Love these two EPs. Their site seems to be down now. Would love to hear more or their stuff, or at least get a point in the right direction to finding more.

awesome. thanks for posting these.