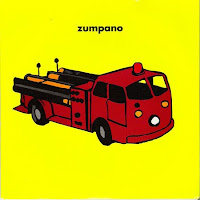 In the beginning there was light...and a little bit later, Zumpano. To know Zumpano is to not so much know the man that bares the group's namesake (that would be drummer Jason Zumpano), rather one Carl Newman (aka A.C. Newman). As frontman for the Vancouver B.C. piano/organ pop quartet, Newman helmed Zumpano on two delectable, but often passed over albums for Sub Pop Records, Look What the Rookie Did (1995) and Goin' Through Changes (1996). They were something of an anomaly for the Seattle Label, but alongside contemporaries Ben Folds Five, Zumpano found themselves in something of a pop-revival, albeit performing to small scale crowds. Carl Newman went on to co-found and lead The New Pornographers with burgeoning singer/songwriter Neko Case and the Evaporators John Collins. Later on, our man would strike out on his own, under the slightly altered moniker A.C. Newman, and a deliver a successful solo album, The Slow Wonder, in 2004. 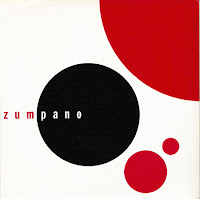 Zumpano were modest in comparison to the New Pornographers, and all the better for it were you to ask me. The sprite "Wraparound Shades" boasted on their debut 1994 single exuded the kind of warmth and moxie any pop-fanatic could ever ask for. It would later be included on Look What the Rookie Did, while the flipside, "Orange Air," would remain exclusive to the single. The 1996 7" on the Sloan-owned and operated Murder Records" would be their first and last for the label, which included an early version of "The Only Reason Under the Sun," (later rerecorded for Changes). A reading of the Fab-four's "Long and Winding Road," on the b-side, is faithfully executed.


Some of these songs (and many more) are already available on Zumpano fan shrines, but I thought I could do further justice to them and offer an enticement for the uninitiated to investigate the albums. To my understanding there was a third, yet unreleased Zumpano album. Jason Zumpano would continue his career in Sparrow.
Sub Pop 7" (1994)
A. Wraparound Shades
B. Orange Air
Murder Records 7" (1996)
A. The Only Reason Under the Sun
B. The Long and Winding Road
https://www113.zippyshare.com/v/swgSH2lf/file.html
Posted by spavid at 5:25 PM

You have a great music blog here! I've added you to my mp3blog list and custom search, check it out.

Rickdog's collected over 5,000 mp3blog links, accessible from the alpha menu at page top. You can open frames on these blogs to view them directly on my site, and you can also view the feeds in a frame.

You can search your blog and all the others in my custom google search:

I add new blogs to the alpha lists once a week, but your site is immediately added to the custom google search engine.

this is great. i've been searching for zumpano for weeks and of course i find the group at your site. great work as always. any chance of linking to the LPs the group did? thanks for everything!!!

Thanks for the add Rickdog. You're site is extremely useful. I go there often in fact.

As for the Zumpano albums, I don't have them uploaded, but I believe you can still get them thru Amazon and Sub Pop.

The Dig Me Out podcast reviews 90s albums like Look What The Rookie Did by Zumpano, check it out at http://digmeoutpodcast.blogspot.com/