Hawaii by way of Boston's violin-toting Dambuilders made a splash on the newly adopted American "alt-rock" scene in the mid-90s with their 1994 album, Encendedor, anchored by two moderate radio hits, "Smell," and "Shrine." Despite their blatant eccentricities, the Dambuilders, for a brief period anyway, crafted a bevy of wry but affecting songs that unfortunately didn't have much staying power with their fickle audience. Prior to the major release of Encendedor, it was known to little of their fans that the Dambuilders has a significant back catalog. In fact, the first three Dambuilders albums didn't see widespread distribution until the late '90s, just as their stature began to peter out. 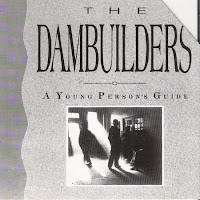 The first of this little-known trifecta, A Young Person's Guide to Dambuilding, wasn't intended as an album per se, so much as a glorified collection of demos. Cutting their collective teeth on seventeen tracks (some frivolous bonus cuts included in that tally) the band resembled a less serious Gin Blossoms or Toad the Wet Sprocket. An album that can safely be relegated to the college rock strata of it's era, A Young Person's Guide... wasn't particularly representative of the Dambuilders soon-in-the-offing halcyon period, but Geek Lust, what many consider to be the group's formal debut, sets the ball in motion in a much bigger way. 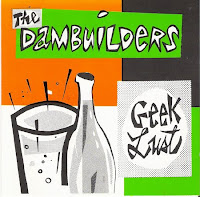 By the time of Geek Lust's release, the Dambuilders had since relocated to Boston. Joan Wasser's violin maneuvers became more up-front, and bona fide hooks were truly emphasized. "Pop Song + Food," and "Mr. Insomnia," were two examples of this, and on "Fur" and "Arkansas" a grittier, not to mention a decidedly more crass tact was suddenly employed. Regarding the latter of those two tracks, The Dambuilders at the time were somehow inspired to write a song (or simply name a song) concerning every state in the US. I don't think they lasted long enough to attain that goal, but Geek Lust was the springboard for this practice. In fact, their follow-up (see below) boasted no less than four state monikered songs. 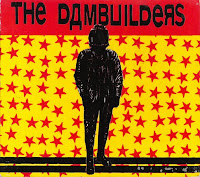 Islington would feature songs that were to appear on the Dambuilders Tough Guy Problem ep and on the aforementioned Encendeor. By now, the quartet was operating at full potential, branishing the robust, string-enhanced, full-bore indie rock they were to become synonymous with. Perhaps not the stuff of sheer genius, the Dambuilders often come damn near close here, and thankfully they reached the wider audience they were destine for. Future 'Builders efforts, specifically 1995's Ruby Red, and Against the Stars in '97, saw the band veering off significantly, but if anything can be said about the band, they never made the same record twice. You can read about the current activities of the Dambuilders' alumni here. All three of these albums were released on the German Cuacha Records label.

Let me be the first to thank you for this wonderful upload. I appreciate your generosity and your taste in "Good" music. Good meaning GREAT!

Would you happen to have "God Dambuilders Bless America" also? Please upload it if you do have it.

Once again, thank you. More power to this site. Cheers!

Good post man. I have the entire discography of the Dambuilders and was quite a diehard fan.

It should be noted that Islington contains pretty much the entirety of Encendedor and Tough Guy Problem. Geek Lust is a collection of the first single and other material. The first single "pop song = food" etc. and all of Young Persons Guide do not feature Joan Wasser.

They never did finish the 50 songs for 50 states, but God Dambuilders Bless American compiles all but maybe one state song.

that last post was me. i'd be willing to hook anyone up with the God Dambuilders Bless America.

Was never able to find God Dambuilders Bless America, but then again I never searched that hard for it. Does it have anything that didn't appear on albums or singles? Would definitely be up for hearing it.

Just wanted to say thanks for posting this great band. "Shrine" was my favorite song for most of my sophomore year, in high school.

Thanks for these uploads they are great! I Discovered The Da,builders via Joan Wasser's solo work as Joan As Police Woman.

To fineexampl I am looking for the rest of Ruby Red and Against The Stars please hook me up!

you are so awesome for this, I was just talking to my wife about this band (she was into the 90s music as well), but she said she hadn't heard of them. Well, now she will :D

i have Ruby Red and Against The Stars. if people are interested i'll upload them to mediafire for a bit

Just sent an email to the blog owner about hosting 2 out of print Dambuilders releases. Have them ripped and on Mediafire. Waiting to hear back about if he would like to host them on WO.

I also have some stuff on vinyl, but not good at ripping from vinyl. Might have to wait on that.

I'm looking for a copy of their "Jailbreak 94" release. The one disc i never found.

could you re-up, please?