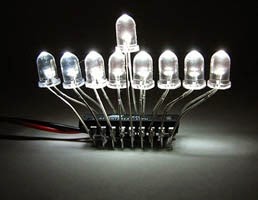 Wilfully Obscure's third annual Eight nights of Chanukah celebration is upon us, where we roll out eight consecutive nights/days of extra special, BFD audio curios.  In lieu of posting one monumental upload for Christmas, I decided to spread the goodies out over the eight nights of Chanukah (check out the preliminary details for 2012 & 2013).   This made sense on a couple of different levels.  For one, it accorded me the opportunity to share several mind-blowing "gifts" instead of just one mind-blowing whopper.  Secondly, Chanukah represents personal relevance to me.  We all know you were envious of that boy down the block who had a yarmulke festooned to his head, who was given the privilege of lighting the menorah, and of course, reveling in eight glorious nights of presents.  Once again, I'm paying it forward.

Entries from 2012 and '13 have included Velocity Girl, Jellyfish, The Pursuit of Happiness and Redd Kross, but name recognition is not necessarily guarnateed.  That being said, you are assured that whatever I share under the banner of the Festival of Lights is of exceptional quality and importance...to yours truly at least.  I'd be also be remiss if I didn't talk about quantity.  One night it could be a three disk box set, the next merely an ep, but just to reiterate, it's all good.

All of this begs the question, "Has Wilfully Obscure been holding out on us for the last 11 months?"  Somewhat...but not quite.  In short, the presents I plan on revealing over the eight nights of Chanukah are of considerably high caliber.  I like to think that everything I share qualifies as good to excellent, but to paraphrase that sage Orwellian dictum, some are more equal than others.  One final note of housekeeping - I will forgo Mystery Monday for the week of December 21 in order to maintain the continuity of the holiday as it falls on the calendar.
Posted by spavid at 6:13 PM

Hi Wilfully, Thank you for reposting the Cobra Verde and Gem records! I look forward to the menorah lighting. Thanks for the great site.

I was quite pleased to visit the site and see the eight nights of Chanukah will be returning. It's as much as a tradition with me as Yuletunes, Santa Claus Conquers The Martians MST3K version, and parsing in minute detail the words and even the arrangements of the classic 60s holiday albums.