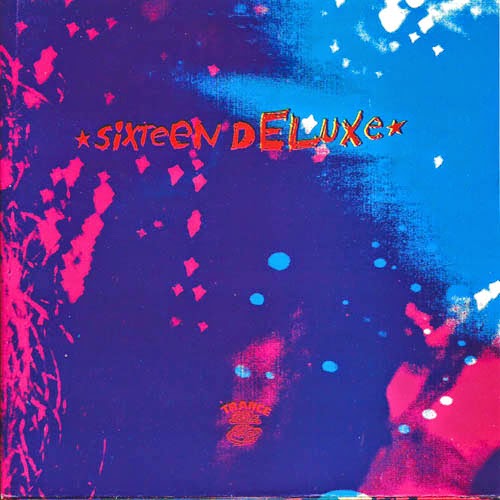 This isn't the first time I've reserved space on these pages for a Sixteen Deluxe 45, but I'll be damned if this isn't way more stimulating than the one I put up back in 2010 (when they only had a Myspace site, btw).  This 7" came to pass prior to their 1997 major label bid, Emits Showers of Sparks, an album that never completely sank in with me.  After hearing this much rawer, lo-fi precursor I plan on revisiting it, because SD absolutely wail on the noise addled, "Idea" wherein Carrie Clark's thinly distorted vox surf atop a J Mascis-y guitar line.  The flip, "Honey" is exponentially more adventurous - four minutes of ungodly, slow-burning shoegaze muck, that's so thick you might question whether your record player is still spinning at 45 rpm.  I'm lovin' it.  The band is making this, and a good chunk of their back catalog available thru Bandcamp on a name-your-price basis, but the rips I'm offering here are of my own handiwork.

I think I love this band.