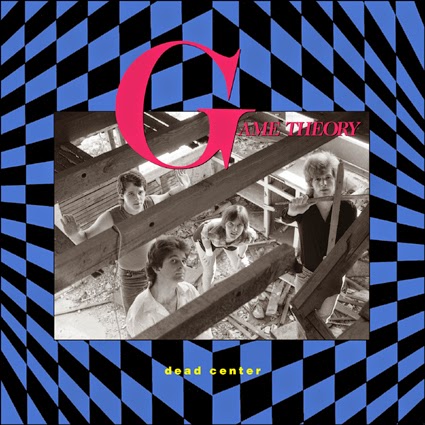 When it was announced in April of last year that Scott Miller had unexpectedly passed away at 53, it dawned on me that he had dropped off the radar of most fans (myself included) years if not decades ago - those fans, of course being devotees of his oblique, but renown cult-rock conglomerates Game Theory and Loud Family which ran roughly from 1982 to the mid 'aughts.  Upon learning the news, I wondered if I'd ever hear again of Millers accomplishments, let alone name outside of the hardy subset of indie-rock fans that embraced his music for the past three decades.  Sure, there was likely be a posthumous release of unreleased material, or perhaps something resembling a career-spanning "anthology," but as it would turn out something far more exhaustive would soon materialize - the incremental recommissioning of Game Theory's entire catalog via Omnivore Records beginning in late summer of this year.

Two months back I offered a few words on Blaze of Glory, GT's auspicious 1982 debut LP, the first installment in Omnivore's reissue campaign.  Dead Center (which compiles the bulk of the 1983 Pointed Accounts of People You Know ep, and it's follow-up short player Distortion) was initially a European release on the French Lolita label in '84.  However this isn't first time this material had seen a digital release, as both Dead Center and Blaze of Glory were combined on the 1993 Alias Records Game Theory release, Distortion of Glory.  Confused?  Like Blaze of Glory, the songs comprising Dead Center were slightly remixed and re-tweaked for the Distortion of Glory compilation (though I'm not sure if fans were actually paying attention).  The Omnivore reissues set the record straight, restoring both records to their originally intended mixes.

The songs comprising Dead Center (partially produced by the Three O clock's Michael Quercio) are more of a continuation of Blaze... than outright development (that would have to wait for 1985's Real Nighttime).  Game Theory's forward thinking pop, cloaked in a palpably mercurial and off-center ethos often drew comparisons to Big Star.  Truth is, Miller was way more Sister Lovers than #1 Record, as his band earliest efforts frequently hinged on the unpredictable.  "Nine Lives to Rigel Five," Shark Pretty," and "Penny Things Won't" all operate in a reliable neo-pop realm, not dissimilar to GT's contemporaries the dB's and Let's Active.  Further in, the driving "Shark Pretty" and "Too Late for Tears" up the ante rhythm-wise, and the beginning of the curious title track is a synth-indulgent foray that mines a DEVO-ish vein.  Although all songs are credited to a named drummer (Dave Gill) I suspiciously detect a drum machine being employed in more than a few instances...

As you might expect, Dead Center is buttressed by a bevy of bonus tracks - nearly a dozen of 'em at that.  There's a lo-fi acoustic run-through of Badfinger's "No Matter What," and an impromptu live rendition of R.E.M.'s "Radio Free Europe" that Miller manages to pull off adeptly.  Van Morrison's "Gloria" and Bryan Ferry's "Mother of Pearl" also get the in-concert Game Theory treatement.  There's not much in the way of studio extras, save for Michael Quercio's rough mix  of "Too Late For Tears," which is quite nice.

Dead Center is available direct from Omnivore, or from such old reliables as iTunes, Amazon and Insound.
Posted by spavid at 8:42 AM