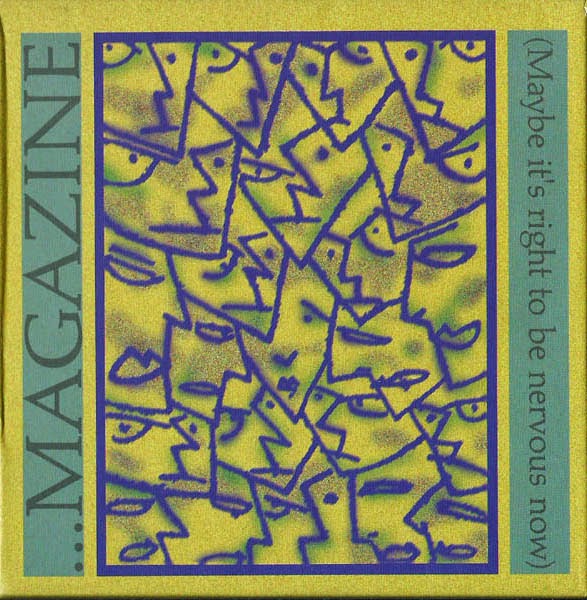 As you might remember, when I announced the third annual Wilfully Obscure Chanukah series the other day, I mentioned something about a box set.  Well, here it is.  Magazine were a UK post-punk outfit who convened in 1978 and expired three years later.  They managed to churn out four studio records in that timespan - Real Life, Secondhand Daylight, The Correct Use of Soap, and Magic, Murder and the Weather, and a live album, Play, in between.  To some extent, Magazine were renown for their lineage more than anything else.  Prime mover Howard Devoto, was the co-founder and co-frontman of the Buzzcocks.  Devoto has been quoted as saying "I wasn't that wild on punk rock," and with that he departed the Buzzcocks before they even cut their first album.  Indeed, straight-up punk Magazine weren't.  Instead, Devoto and his three compatriots employed keyboards and dabbled in an array of sparse, artful textures.  Their debut LP, Real Life did occasionally concede to frantic tempos that didn't sound terribly removed from the Buzzcocks, but future singles and albums (often reminiscent of Wire and Brian Eno) clearly smashed that mold. 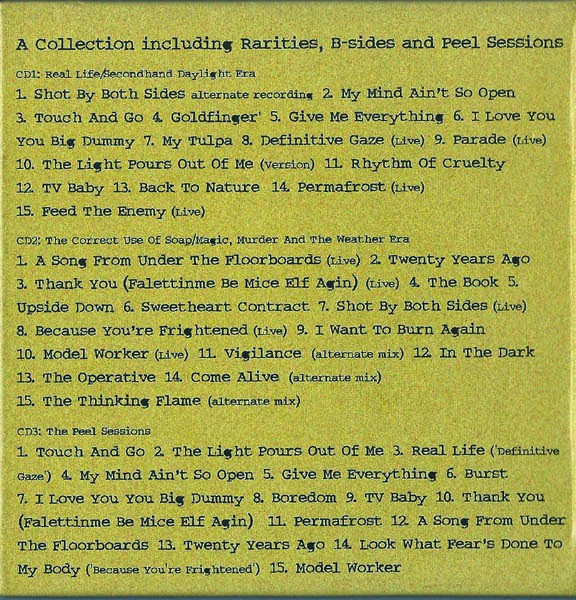 Maybe it's right... is an out-of-print three disk set that collects all of Magazine's non album singles, b-sides, alternate takes and live tracks, with an entire disk dedicated to Peel Sessions.  Disk one covers the Real Life and Secondhand Daylight eras, while the second gives equal deference to The Correct Use of Soap, and Magic, Murder and the Weather.  You might describe this as a vastly expanded edition of the band's initial odds and sods compilation Scree.  While the much more exhaustive Maybe... is potentially too much to bite off for the newly acquainted, it houses a wealth of classic Magazine tunes - "Shot By Both Sides," "A Song from Under the Floorboard," and "The Light Pours Out of Me," albeit in different versions.  You can check everything one disk at a time per the links below, and you can click the pic to your right for a full tracklist.

I would be remiss if I failed to point out that Magazine have reunited for live shows and a new album in recent years.

Wasn't Howard Devoto in the movie "24 Hour Party People"? Both as a character portrayed by someone else and as himself a typical 50 something British man?

You're welcome. I've never seen 24 Hour Party People actually. Sounds like they were try to be cost effective when it came to the cast (LOL).

You've got to see 24 Hour Party People. I only saw it two years ago or so. It's a pretty quirky film (having the "real" people appear in brief cameos or in interviews about what "really" happened is one of those quirks -- and probably "cost effecitve" too -- har!), so it won't work for some people, but it did for me. And it makes great use of music.

Thanks for this!
I could have sworn you were on our blog list here:
http://voodoowagon.blogspot.com/
and
http://floppybootstomp-ii.blogspot.com

Many Thanks for sharing this.