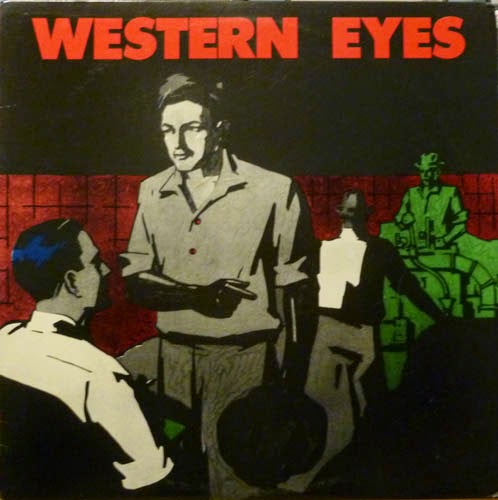 I stepped into this one relatively blind, based on nothing more than a seal of approval from the venerable Trouser Press.  One of Western Eyes most rewarding revelations was the prime mover of their lineup, Robert Poss who would later form and helm another New York based band near and dear to my heart, Band of Susans.  If BoS' scalding guitar maelstroms spelled sensory overload for you, Western Eyes were considerably more approachable, and better yet, song oriented.  Possessing the forward thinking aplomb of post-punk latch-hooked to a warmer and more conventional hard rock stride, W/E loosely approximate how Bruce Springsteen might have interpreted say, Mission of Burma or Nice Strong Arm - and it ain't nearly as offbeat as it sounds kids.  Melodically endowed charmers like "Television Rules," "Wonderful Life," and "Exchange it For a Dream" feature edgy guitar interplay between Poss and six-string co-conspirator Andrew Halbreich resulting in some genuinely thoughtful tunes along the journey.  Alas, my secondhand copy of Western Eyes is used and abused to say the least, and that translates into mucho surface noise.  While I was poking around online for anything relevant to this quartet, I learned that another blogger had offered this title up previously, so perhaps their rip is cleaner.