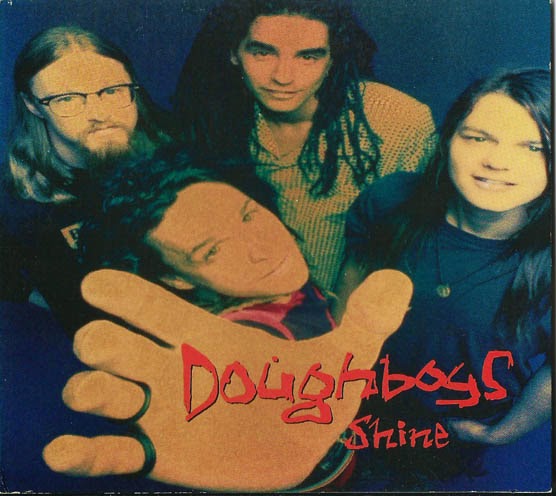 The Doughboys dizzying trifecta of initial albums (1987-90's Whatever, Home Again and Happy Accidents) were near-monumental to us "popcore" types, and while they steadily matured and blossomed during that era, true-blue fruition and consistency didn't quite rear it's head until 1993's Crush LP.  Crush was a hook-laced, should've-been-gigantic juggernaut of a platter that channeled the pummeling energy of those aforementioned disks into a much more orderly framework, benefiting from a truly professional producer in the form of Daniel Rey.  The Doughboys melodic structures were heightened to an even loftier plateau, and yes, while Crush was unmistakably polished, the "makeover," so to speak was worth it, yielding an amazingly gratifying spin cycle of a dozen tracks, including "Fix Me," "Melt," and "Tearin' Away." 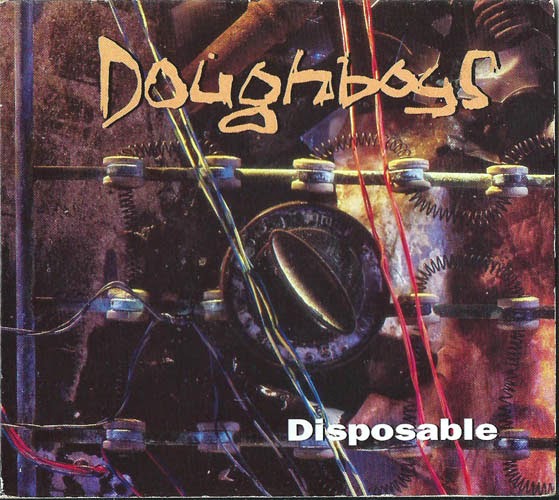 The sessions for that album also gave rise to (at least) four outtakes that easily held their own with those that were reserved for the main course.  Luckily they were made available for public consumption, spread across two CD singles in their native Canada, and in the States on a pair of promo eps that I'm sharing today.  "Shawn's Stories" from Shine, and "Good Cop, Bad Cop" culled from the Disposable ep were streamlined slammers that I revisit almost as frequently as Crush itself, and I might also point out that the latter of those numbers hints at the subtle tweaks the Doughboys would have in store for album #5, Turn Me On three years later.  If my assumption for you newbies is confirmed, you'll indeed want to devour the album writ large. Crush is still available from Amazon and iTunes.

A big thanks for these EPs. It's a given that "Crush" would merit serious consideration for my Desert Isle list. It's that good! It's a pity that The Doughboys (outside of Canada) are virtually unknown. The band really fits the definition of criminally overlooked.

way too underrated, I love the Doughboys