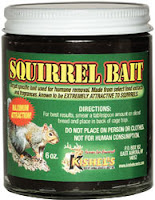 Thought I'd pass along a link, that from what I understand has just recently been making "the rounds" as it were.  Die hard aficionados of Louisville proto-emo punks Squirrel Bait have likely heard bootlegs of a nine song demo that preceded the band's self titled ep in 1985, and Skag Heaven which arrived a year later.  Thing is, a poor rip of it had been circulating online for far too long.  While it hasn't been commercially "reissued," physically or digitally, someone in the SB camp finally did a proper rip of it.  Ideally, these cuts should have been appended as bonus tracks to the Drag City reissues that surfaced in the '90s, but alas, the world is an imperfect place.  When it comes to Squirrel Bait, I'll gladly take what I can get - and the gettin' here sounds pretty damn fine.  Included are six songs that never made it onto either SB record in any shape or form.  Enjoy.

I have a crappy copy-- Hope this is better. SB for life

A couple of the tracks on the debut 12" on Homestead are the same tracks that are on the demo (the full 'demo' itself was going to be released as an LP at one point, a little bit earlier, but then the label went bankrupt).


And "Tense/Earth Shattering" was later released as a 7" that came with an issue of The Pope zine, of course.

Hey Brush. I heard they had to borrow a few songs from the demo because they ran out of cash to record more new material. Hard times.

Got here a bit late. Your demos are missing a song. According to my sources, the first song should be "Only Silence Is Golden." If interested, I have it, but quality is just so so.

I also have two songs labeled "Motorola Cloudburst," which isn't suppose to exist. The songs are "Tense/Earth Shattering" (I suspect is from The Pope zine - but this doesn't have the muddled sound at the start like the one on Demos) and "Grubb's Rap," which could be someone playing with tape, but it's good. Sound is very good. I use to have art for this, but appears to be gone.

Hey Oxy. Thanks for commenting! I did some poking around online and found "Only Silence is Golden," which to be honest I never heard before. As for "Grubb's Rap," wasn't that the b-side of the Motorola Cloudburst 7"? I think I might have an MP3 of it someplace. Thanks again.

Online discographies for these willfully obscure bands stink. Half their work is missing or the info is inaccurate. I know I should trust my notes, but when you read in several places...

In any case, right you are. "Grubb's Rap" is the b-side of "Motarola Cloudburst" 7", which came with The Pope Fanzine issue. You should post Motorola Cloudburst sometime. I bet a lot of fans don't have it and Grubb's Rap is worth it.

I assume you have the live stuff. I have a date and a year and a place, but my sources can't confirm. Can you (or anyone out there) provide any info regarding the live show? Place/date/setlist/bands on the same bill?

By the way, these kids could rock. Freaking amazing kids!

Any chance of a re-upload?

Looks like I need this. I only have the poor quality rip. Sadly, the link appears to be dead again. Any chance you could help with another re-up please?

Thanks for the quick re-up! Grabbing it now.

CAN YOU REPOST THIS PLEASE. I MISSED IT THE FIRST TIME AROUND. THANKS!
THERE IS ALSO THIS!
https://soundcloud.com/ybstatusquo/squirrel-bait-live-at-city-gardens

plllleeeeeeeeeezzzzzzz re-up for internet time travelers from the near future

Just one of the best bands ever... THANK YOU!!!