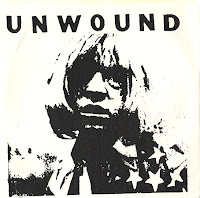 I submit to you the original noiseniks.  The genuine article.  The real deal.  Considering I've name-dropped Unwound twice this week (see my Cars Get Crushed and Gapeseed entries) I thought I'd make myself useful by filling in the gaps in the band's glaringly incomplete A Single History singles compilation.  As Allmusic points out, that insufficient compendium "inexplicably" omits two of their finest early singles, You Bite My Tongue and Kandy Korn Rituals.  Certainly some of the harshest tuneage I've shared to date, this pair of 45s, IMO, documents Unwound's most compelling era.  True, they pushed the proverbial envelope in a multitude of directions over their tenure, especially on their ambitious, 2001 swan song, Leaves Turn Inside You, but these single sides were fraught with the raw, gnashing energy and sense of purpose that made Rites of Spring and Drive Like Jehu such a visceral find to this set of eardrums.  But don't take my word for it.  Indulge in "Understand and Forget" and "Kandy Korn Rituals" for starters, and get your rage on.  The Refused had it wrong - this was the shape of punk to come. 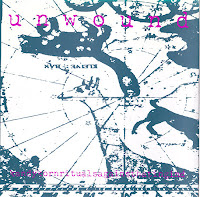 Not a smidgen of power pop to be found here, but I'll be slipping back into that groove very shortly.

World's full of underrated bands, but this one gotta be the most of all. They deserved to be huge.
And I'd really love to hear a Survival Knife studio album, hope it happens.

My guess for why these songs don't appear on A Single History is that they appear on the re-release of their demo.

Forgot about that Lucas. Thanks for the reminder.