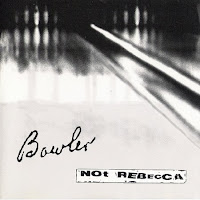 My previous posts regarding Chicago indie-punks Not Rebecca entailed a one-off single for Thick Records and co-frontman Tom (Counihan)Daily's debut ep, Tragedy of Fanbelts. This time out, I'm giving you a whole lot more to love. While their third and fourth albums, Twin City Obituary and Rocketship to Canada respectively, were the cream of their crop, every band has to start somewhere and for N/R it was these two nascent recordings that were conveniently paired on one CD in the late '90s. If I had to be partial to either of these, Bowler would win out if only for the killer trifecta of tunes that kick things off the proceedings so well. These cuts would be a harbinger of things to come on later albums. As for the remainder of this CD, song quality ebbs and flows, but more than tolerable throughout. 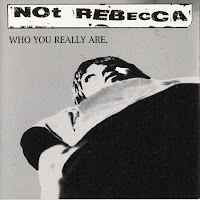 I'm also providing a link to Not Rebecca's discography, which includes seven unreleased, downloadable tracks from a 1996 recording session. If anyone is up for Twin City and Rocketship, let me know, as I believe these are out of print.

Thanks for posting these albums. I've been wanting to hear some albums from these guys for a long time.

Fine band and a great post! And yes...I for one would be intersted in the other albums

Here is a Not Rebecca video we shot in maybe 1999. it's for the song "Punctual" from the album ROCKETSHIP TO CANADA. these guys are friends of our and it's great to see some appreciation for this truely great band.

Might want to mention the Not Rebecca reunion show in Chicago at the Abbey Pub on April 4th. I guess I just did. -Dan

Any chance you can post Twin City and Rocketship. Thanks

Great blog you have here spavid. You can find The Twin City Obituary in FLAC format at my Blog. Lets exchange links ?? Thanks
http://hangoverhard.blogspot.com/

could you re-upload this release? thank you!