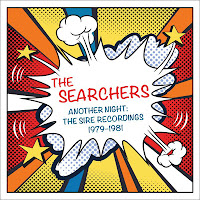 If you're of a certain age (say fifties or older) you'd be forgiven if the only Searchers songs you might be able to conjure up chestnuts from the band's initial reign like "Needles and Pins" or "Love Potion No. 9."  The Searchers were after all a product of the UK Merseybeat era, and a successful Brit Invasion contender in the States.  Hailing from Liverpool however, it's hard to ignore the fact that they were edged out by another considerably more contagious quartet from the same town. Nonetheless, between 1963-65 the Searchers were responsible for roughly a dozen charting singles - a respectable feat in era of more than enough like-minded outfits vying for precious space in record racks on both sides of the Atlantic.

By the late '60s, their singles run had dried up, and throughout the majority of the 70s the band (with a rotating cast of members) kept a comparatively low profile, playing gigs on their home turf.  In reality, the Searchers were hardly sought after, so to speak.  Enter Seymour Stein, founder of Sire Records in America, who was a huge fan and believer of the Searchers who reached out to his Brit heroes with the prospect of reviving the band's career.  The result were two new albums - 1979's self titled album, and an especially potent follow-up in 1981, Love's Melodies, both of which have been restored and expanded on Omnivore's two disk Searchers collection Another Night: The Sire Recordings. 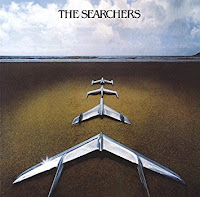 Hardly picking up where they left off in their halcyon era, the Searchers showed up with not only new material, but a fresh modus operandi that had more in common with Nick Lowe than the Fab Four.  In numerous respects, this hardy crew really was the best kept secret in their league, quite literally as the Searchers had seemingly lost their initial fanbase from a decade and a half prior.  Problem was, they didn't quite grab the ears of new listeners either, who had gravitated to hipper purveyors like Elvis Costello and Squeeze.  I suppose you could chalk that up to the Searchers not conveying themselves as hipsters at all, gravitating more to the Bay City Rollers end of the power pop spectrum at least on their 1979 comeback effort.  Sure, they slapped on a skinny tie or two, but image wasn't the goal.  Luckily, the tunes were - and melodious salvos like "It's Too Late," "Switchboard Susan," and "Hearts in Her Eyes" (the latter written by The Records Will Birch and John Wicks).  Some stray forays into country-rock and overly sappy balladry are evidenced on The Searchers as well, but thankfully not egregious enough to put a damper on everything. 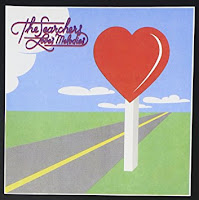 Love's Melodies, though chiseled from much of the same aesthetics as the aforementioned record, is an improvement on virtually all fronts, with the Searchers conveying stronger songs and an assertiveness to boot, even if a healthy dollop of preciousness was still intact.  Virtually anywhere the needle or laser lands yields some variance of stick-to-your-ribs goodness.  Admittedly Love's Melodies is polished and linear as all-get-out, but it's a formula that suits deftly effective selections such as "Silver," "little Bit of Heaven" and the title track to a T.   A reading of Big Star's signature piece, "September Girls" sounds splendid, even if it's undergone some subtle tweaks (I'll let you figure out where).  Safe to say if the Searchers power pop contemporaries including Hawks and Rubinoos did the trick for you, this platter will work the same magic.  We get four bonus tracks on this one, including all of the contemporary b-sides, and a John Hiatt penned outtake, "Ambulance Chaser."

To reiterate, the Searchers weren't hipsters or punks, and for that matters didn't even have a foothold in the emerging new romantic movement. True, these records are a trifle deficient in the innovation department, yet the band in question transcends this situation with a bouquet of quality material and hook-savvy panache, keeping them competitive with virtually any of their era's blossoming youngsters.  Another Night is available straight from Omnivore, and Amazon.  Get it.
Posted by spavid at 11:39 PM

thanks! as soon as i heard about this set i preordered.....LOVE the second Sire LP better, but the era had plenty of great music!!! Saw them live in Philadelphia not long, i think, before i moved up here to Boston in the mid-80s and they were a really tight live band, no wonder!!!

I've never heard the second LP either, but I sure love the first one. Looking forward to hearing more = thanks!