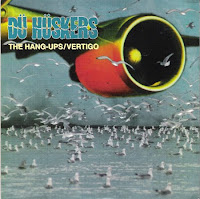 This one may need a little explaining. Let's go all the way back to 1984. SST Records releases Zen Arcade, the second proper studio album by a Minneapolis' legend in the making, Husker Du. A double LP, punk/hardcore concept record about a kid who gets committed to a mental institution and winds up designing video games, or something to that effect, Zen Arcade was considered by many to be the start of Husker Du's halycon era, if not the finest album in their entire catalog. Fast forward nine years. Mpls indy label Synapse Records has a bright idea - corral 23 indie rock bands from the greater Twin Cities area to cover one song apiece from Zen Arcade, and hem all the tracks together for a song-by-song reproduction of said watershed album. Not an easy feat to orchestrate by any stretch I'm sure, but the job was completed in 1993, culminating in Dü Hüskers: The Twin Cities Play Zen Arcade featuring Arcwelder, Zuzu's Petals, Flour, and Hammerhead among 19 other participants. Though long out of print, the whole shebang has been posted on Milk Milk Lemonade blog along with a thoughtful essay. 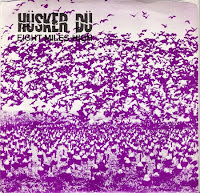 In conjunction with the original LP, SST also released in '84 a separate Husker Du 7" featuring a strenuous, vocal shredding rendering of "Eight Miles High," very much in line with Bob Mould's cathartic wailing throughout the Zen Arcade album. Trust me when I say it has to be heard to be believed. It was backed with a live take of the Zen track "Masochism World." Well guess what? As a companion to the Dü Hüskers tribute album, Synapse Records went the extra mile and released a tribute redux of that very single, featuring The Hang-Ups on side-A covering the Byrds classic. Their stab at is a lot more faithful to the original version I might add. On the flipside, one of Amphetamine Reptile Records less noted acts, Vertigo do the honors of covering "Masochism World" live (at the Uptown Bar in Mpls). So there you have it. I've depicted the sleeve of the original Husker Du 45 to your right.

would you re-up? thanks!