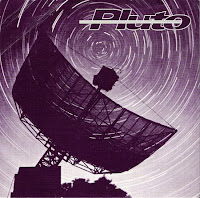 Thought I'd dedicate another entry to Vancouver's Pluto, given the positive reaction of their Shake Hands With the Future album that I posted this spring. In an advertisement I spotted for their second album, the eponymous Pluto, the tagline proposed, "Out of this world pop punk." I can't really say that the Vancouver quartet's interplanetary ambitions really surfaced on any given album, or song for that matter, but I wholeheartedly agree with the second half of that estimation. These three independently released 45s preceded or were contemporary to their Mint Records debut LP Cool Way to Feel, which I believe you can still grab here. 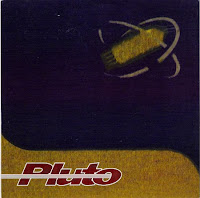 If the Buzzcocks and Undertones were treated to a fresh paint job, administered by Blue Album-era Rivers Cuomo it would sound not unlike the six numbers I've laid out for you here. Half of these songs (specifically the A-sides) found their way onto the aforementioned Cool Way to Feel, so if you like what you hear there's more where that came from. For more background info on Pluto, hop on the hyperlinks above. Enjoy (or not). 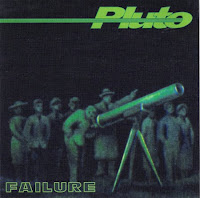 This kicks so much ass! Thanks for posting these guys. One of the first and one of the greatest concerts I saw was these guys right when the second album dropped. They did a free show in the CBC parking lot in Vancouver and I was pogoing up and down and all about for like an hour before falling over into the record store to by their album. The second album was also produced by Phil King who did indeed work with the Buzzcocks so it is a pretty good comparison. I still want an electric 12 sting rickenbacher because of bloody Ian Jones!

Same story here, only it was on Yonge St. in Toronto. In the rain. They rocked. Buzzcocklike.

I saw a 10 year old smoking a cigarette, sitting on somebody's shoulders at that mini-show.

Heck, I'd like to own a 12-string Rick period, Pluto or no Pluto. They were really fantastic. Saw them open up for The Pursuit of Happiness around '96 or '97. Fun times.

Thank you for providing such a public service! I'm a Brit who spent Summer/Autumn (or Fall as you'd say) of 1994 in Vancouver. I discovered Pluto on a pro-choice compilation cassette, fell in love and tracked down the first two 7" which I still have. I well remember forgoing food one night (busboy tips weren't good) to see these guys live. The passage of 15 years has eroded my memory of the name of the venue but it was a killer gig.

The file is gone due to inactivity. Please re-up!

Would be greatly appreciated!

If possible... I would love a re-up of this too. I have been looking everywhere for my CDs, but I have moved a couple too many times. Cannot find any of their CDs. Thanks in advance!!

Any chance you could upload Pluto's debut album, Cool Way To Feel?

I spent a LOOOONG time trying to track down a copy of that Failure 7" - one of my favourite songs from that era.