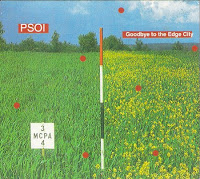 After Pavement dissolved in 2000, leadman Stephen Malkmus went on to record four solo records. Axe-slinger "Spiral Stairs" (aka Scott Kannberg) struck out on his own as well, helming Preston School of Industry. After a listen to their two albums (to date), All This Sounds Gas (2001), and Monsoon (2004), it's clear that Spiral and Co. didn't fall far from the tree before landing on the pavement. 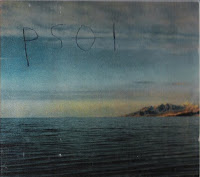 The two eps this post concerns were released between PSOI's albums, featuring nine tracks of non-lp goodness between them. Enjoy. I have some more PSOI eps/singles if anyone is interested, as well as the live bonus CD that came with the European version of Monsoon. BTW, Edge City was released on Spiral's own in-house label, Grease Records, which is apparently now defunct.
Goodbye to the Edge City ep
01. Somethings Happen Always
02. How to Impress the Goddess pt. 2
03. The Spaces in Between
04. Where You Gonna Go?
05. Goodbye to the Edge City
The Idea of Fires ep
01. The Idea of Fires
02. Walls of Grain
03. Suddenly Stable
04. Save Our Happiness
Goodbye to the Edge City: http://netkups.com/?d=56465414e4c71
The Idea of Fires: http://netkups.com/?d=ee4e545d1642c
Posted by spavid at 6:26 AM

i would be curious to hear any other PSOI stuff you have. thanks for these !

Seeing that this blog is still active, is it possible that you could reup the Idea Of Fires EP?

What other stuff do you have? Do you have the live session with Mussel Rock?