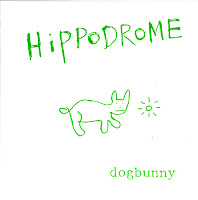 One of my readers tipped me off about an upcoming one-off reunion gig involving one of the more oft mentioned subjects of these pages, Detroit's Junk Monkeys (see the flyer below for details).  The same gracious informant also alerted me that his own band, Hippodrome will be reuniting for an opening slot at this show as well, and he was kind of enough to pass along their 1989 CD dogbunny.  Having been contemporaries with the Junk Monkeys, Hippodrome were also of a similar post-Replacements stripe, aesthetically cross-pollinating with the likes of Material Issue, Smithereens, The Magnolias, and even left-of-the-dial obscuros Weird Summer.  Judging by the consistency of this album, Hippodrome had the songs and the talent to find a place within the same ranks.  Amidst the twelve originals is a fervent reading of the Velvets "Foggy Notion."  Singer and plucker Chris Richards went onto another combo in the '90s dubbed the Phenomenal Cats, and launched a variety of other endeavors including Chris Richards and the Subtractions. whose Sad Sounds of the Summer album saw a 2009 release.  In addition, I'd also recommend the Pathetic History compilation which selectively highlights Richards 1990s pursuits.

UPDATE: May 2nd - one of the Hippodrome guys just posted a bonus-sized version of dogbunny which you can check out on their Bandcamp page.  It supersedes my version by almost twice the number of tunes! 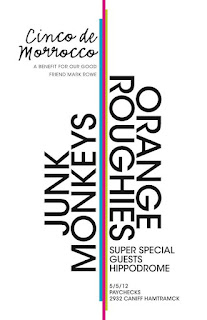 We posted a special edition of Dogbunny with bonus tracks on Bandcamp!

Thanks! Looks like you beat me to the punch.