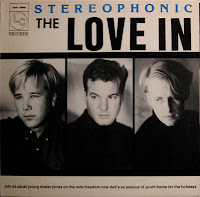 Well, this entry has been a long time in coming.  Given the volume of material I've shared over the past four years some of you are apt to think that with a sizable music library such as mine that I'm already in possession of every release that I've ever possibly wanted.  No, I don't think so.  In reality, my ducks are not all in a row, and in fact I have some pretty important gaps I've been striving to fill for years now.  Below is a list of my top-tier wants - the stuff I look weekly for on Ebay.  That rare cassette demo or scarce 7" that I've never seen let alone been able to listen to.  You get the idea.  All these years you've enlisted me, now I enlist you!  Are you up for the challenge?  The holy grails are as follows: 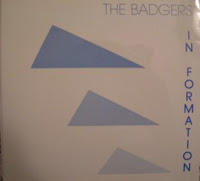 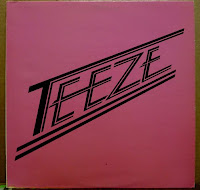 Here's where there's something cool in it for you.  Should any of you be in a position to sell me these titles outright, I will be as generous and reasonable on the price.  For anyone that can merely help me find my way, I'll reward you (e.g. purchase something you'd like on Amazon, Insound, or elsewhere - perhaps furnish you with an online gift certificate to the store of your choice).

I'm seeking original, physical copies of everything.  The titles marked with an asterisk denote that I'm more than happy to settle for a cd-r or mp3s.  I should note that the first item on my list, a recording of Big Drill Car's performance on WFMU radio from 1989 is strictly a bootleg.  This was never an official release, but exists purely as a tape passed around a meager number of traders.

A few of these titles are available on Ebay and from sellers through GEMM and Musicstack.  Unless you come across any of these at a reasonable price (say $30-$40 or less) please don't point me in their direction, as I'm not one to capitulate to exorbitant, collector scum prices.  Even though I'm lacking the aforementioned titles I do have pictures of several of them (mostly from Ebay listings I was tragically outbid on).  Thanks for your help folks! Please leave a comment or send me an email (in my profile).
Posted by spavid at 6:54 PM

If the Ultra Cindy single you're looking for is "Whirlwind"/"Rollercoaster" it's from 1992. You can't have mine though :)

Hey, first off, I love your blog and have downloaded a lot of stuff from you over the years. So, thanks!

Secondly, I was in the band Wolfie and have an extra copy of Necessary Sailing. The thing is..the tape is in the US and I'm in Europe. The next time I go there for a visit I'll mail it to you. Please send me your mailing address. msdowney at gmail dot com

Thanks for the info on the Ultra Cindy 45 Cinnamon Girl. As the saying goes, knowing is half the battle, and since you provided the titles that should make staking out a copy of my own a bit easier. If you happen to read this, feel free to inform me what label released it.

Mike, that is totally, thoroughly awesome for you to offer me your extra copy of the tape! I almost feel guilty taking it off your hands as you were in the band. I downloaded the mp3 you put up on your site several years ago. Thanks for following the blog. Wow.

If you happen to read this, feel free to inform me what label released it.

Funny you listed The Blases single, I was planning on posting it with a few tracks from the LP on my blog very soon. If I ever see a copy for a good price I'll grab it for you.

Glad to here someone has the Blases single!

Thanks for the record label info on the U/C Cinnamon.

Re: Papas Fritas, I have the Passion Play EP which has 4 songs in total, 3 of which (I believe) are early demo recordings. Are you looking for some specific cassette tapes?

Hey jcleveque. I have that ep too. When Papas Fritas went live with their webpage in the '90s they included in their discography section some info about a few demo tapes that were circulating. They later removed any mention of these tapes from the site. I know they're out there, I just don't have any specifics on them.

Not that's it is much help, but I used to have 2 Papas Fritas demo tapes. Used to. :( If memory serves, the other poster is correct: much of the material on those tapes found its way to later releases (albeit in different forms). If I ever see the Bowdoin student who made off with those tapes, I'm happy to send 'em yr way. (Unfortunately, not very likely.)

Anyway, great blog! Thanks for posting much awesomeness!

Hi Jay. If you happen to see it again for a reasonable price, please drop me a line. You can contact me via the email address in my profile. Thanks!