Catching up with Slumberland Records: The Pains of Being Pure at Heart, Gold-Bears, and Terry Malts 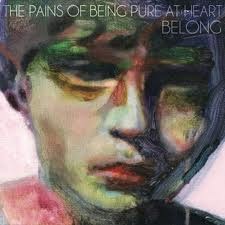 Chances are I don't need to extol on the virtues of The Pains of Being Pure at Heart's sophomore long-player, Belong, what with the album crash-landing in the Billboard Top-100 album chart, an imminent international headlining tour, top billing at SXSW, and coveted slots at this years Coachella and upcoming Lollapalooza festivals.  What next?  Is the crew of Behind the Music chasing the Pains tour van yet?  Well, no, I'm not quite confident on that front, but all matters of success aside, Brooklyn's boys (and girl) done good have developed significantly from that initial volley of singles, and '09s eponymous debut.  Distancing themselves from the clamorous jangle that made those records as visceral and engaging as they were, POBPAH are actually bringing a bigger noise to the Flood-produced Belong, fleshing out every nook and cranny with huge swells of keyboards, and moreover demonstrating a quantum leap in terms of sonic aptitude.  If it's sensuous melodies you're seeking, the hooks don't come quite more saccharine than "Heart In Your Heartbreak" and "Beyond," both of which have been culled as singles.  Despite Beyond's robust modus operandi, Kip Berman and Co's arrangements have never glistened as lucidly as they do here. 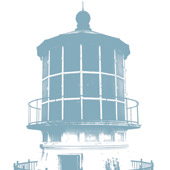 Onto Gold-Bears, who've surfaced from Atlanta, GA, but you're more likely to guess Leeds, England given this group's frequent propensity to immerse themselves in the brisk, clangy post-punk of the Wedding Present circa Seamonsters.  The most prominent asset in Gold's lineup is Jeremy Underwood, ex-magistrate of the Plastic Mastery, who's vocal timbre can mimic the Weddos David Gedge to surprising effect.  Although Gold-Bears have more diversity than one prime influence
to offer, Are You Falling In Love? to a certain extent flows like the Wedding Present's career, beginning with a vibrant, propulsive takeoff on "Record Store" and "All Those Years," while coming in for a quiet landing with the significantly more hushed "Yeah, Tonight."  The harmonies are a plus, and a little more development will surely yield a more indigenous sound, but for now ...Falling In Love is a blast. 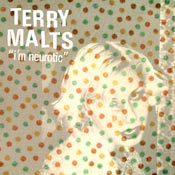 Terry Malts I'm Neurotic 7" ep delivers three fuzzy and buzzy distorto-rawk numbers that fall into the realm of Jesus and Mary Chain, Wavves, and the Cloud Nothings. The dizzying "Where is the Weekend?" can vouch for the most punk points, so to speak, but Malts melodic prowess reaches it's zenith on the title track featuring a decent quotient of oohs and ahhs.  I'm ready for seconds and thirds.

Linked below is a "sampler" of sorts , featuring one song apiece from Terry Malts and Gold-Bears, and three POBPAH songs live from the Great American Music Hall in San Francisco this April.