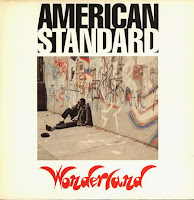 Once upon a time, say twenty years ago, I was mega-gonzo for a southern Cali punk crew called Face to Face, whom ingeniously infused a formidable modicum of melodicism into what would have otherwise pass for merely average hardcore/punk.  I couldn't resist the pummeling power chords and Trevor Keith's often profound insight - almost to the point where I found myself asking, how in the hell did these guys pull off all these whiz-kid moves?  As of a couple years ago, I was able to answer my own question upon discovering and becoming a Johnny-come-lately aficionado of American Standard, a New Jersey h/c four-piece that seemingly taught Mr. Keith and Co. at minimum 75% of what they knew.  Either that or an utterly wild coincidence.

American Standard didn’t come close to ascending to the popularity of say, Bad Religion, Naked Raygun or Gorilla Biscuits, but their sole album from the ‘80s, Wonderand, parallels the substance and excitability of the aforementioned.  As for A/S's own influences these guys tore a page or two from Dag Nasty and latter day Government Issue without resorting to sheer plagiarism, like maybe...Face to Face?  Wonderland is an absolute scorcher and deserved a wider audience.  In an attempt to give the record a bigger reach, Another Planet reissued it in 1996 with an alternate sleeve, which I thought was nothing short of pitiful.  I'm offering it here with the original cover. 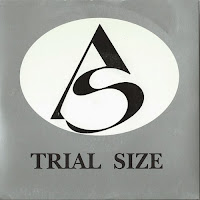 1995 saw the release of their second album, Piss and Vinegar, which was preceded by the Trial Size 7."   At this stage in the game the band conceded a considerable amount to the prevailing trend du jour, virtually rendering them American Standard in name only.  Make of it what you will.  Finally, Blogged and Quartered are sharing a collection of proto-Wonderland A/S rarities which is well worth your investigation.

Trial Size 7"
A. Petting Zoo
B. Winding Down

Thank you I actually seen em before in LA back in the late 80s.

Thanks for this, there was an American Standard band from DC that was also pretty good. Speaking of Face to Face, some live bootlegs of that band would be cool too!

A lot of people thought Amstand was from D.C. because of their "emo" leanings and frequent shows played there. I was fortunate enough to catch them live about a dozen times from 1990-1996ish and they always did one thing really well...they rocked the house wholeheartedly with sincerity each and every time, no matter the size of the crowd. They brought it. Thanks for posting...I have all of their out put on compact disc and LP but no longer have a record player. Looking forward to hearing Winding Down...haven't heard in many, many years.