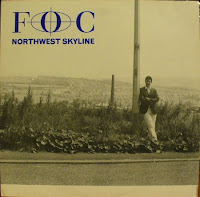 When The Buzzcocks originally split up in the early '80s, it actually turned out to be a lengthy hiatus. Though they would record five albums as a reunited unit in the 1990s and '00s, Steve Diggle the band's guitarist and co-songwriter, alongside vocalist Pete Shelly, established and fronted an entirely new entity during that hiatus period, Flag of Convenience (aka Steve Diggle and Flag of Convenience, or simply F.O.C.). 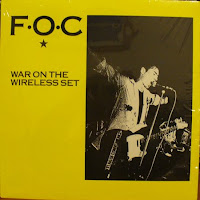 The band's earliest material, manifesting in the form of a deluge of singles and eps, were a logical progression from the Buzzcocks' uber-exuberant punk-pop. A good 20 of these songs were compiled on a dandy CD compilation in 1994, The Secret Public Years: The Best of Steve Diggle and Flag of Convenience. Spanning the gamut from Clash-informed demi-anthems like "Shut Out the Light" and "Here Comes the Fire Brigade," to the more wavish, keyboard-laden "Life on the Telephone" and "Other Man's Sin," F.O.C. largely lurked in the shadows, but were rewarding to the small crowd that followed them. The compilation however did not adequately represent material from two of Diggle and Co's proper albums, Northwest Skyline in 1987, and War on the Wireless Set a year later. Independently released and hard to come by, even when they were originally minted, these records bore a much more mature and sobering hue, almost as if to be taken as Diggle solo albums at points. There were still traces of sprite, punky pzazz to be found however, including "In the Back" and "Graduate of Pain" on Wireless, and Northwest Skyline's "Just Like Mr. Trendy Said." Oodles of great songs between these two criminally ignored disks.


Incidentally, the band's discography also included a cassette-only album, The Big Secret, that preceded these two records. If anyone can shed a light on the details of this tape, don't be a stranger.
Northwest Skyline
01. Northwest Skyline
02. Pictures in My Mind
03. Just Like Mr. Trendy Said
04. Hell is Other People
05. Should I Ever Go Deaf
06. Drowned In Your Heartache
07. The Destructor
08. Gaol of Love
09. The Greatest Sin
10. From Day to Day
11. Mirror of the World
War on the Wireless Set
01. Heartbreak Story
02. In the Back
03. Danger Time
04. New House
05. Scene of the Crime
06. Graduate of Pain
07. No Escape
08. Show Boy
09. One Hundred Tears
10. Drift Away
Northwest Skyline: Hear
War on the Wireless Set: Hear
Posted by spavid at 4:15 PM

Wow....! The FOC stuff is extremely hard to find. if you have anymore Diggle to post, please do!
Some Reality or Serious Contender would be great. wink wink.
Thanks. Great blog!

Thanks. These were finds. Bought War on the Wireless still sealed a few weeks ago, believe it or not. I don't have the ones you requested, but I think you can get Serious Contender from Amazon UK as a paid download.

Great stuff. Been looking for War On The Wireless Set for ever. Thanks alot mate.

"Heartbreak Story" on War On The Wireless Set has a glitch at 3:36. Any chance of a fix?

The BIG SECRET was a very limited tape only issue with about eight songs on it which came out after the single CHANGE. I've got a copy somewhere

Did anyone ever come up with the 'Big Secret' cassette? I've been looking for this thing fo rages.

Did anyone ever come up with the 'Big Secret' cassette? I've been looking for this thing fo rages.

Pity. I found this after the links had been taken down. I've had the excellent Best Of CD for ages, but I just thought to look for the LPs that the tracks were taken from. Oh, well. I'll find them eventually. This cassette that some of have mentioned also sounds essential.

Could you please reup these links? I would be very grateful as I cannot find them at all elsewhere. Thank you.

Hello, can you please repost these two LPs?
Thank you very much
Stathis

Thanks for this. I've had Buzzcocks and related acts on my mind since ordering the new Buzzcocks box set. I noticed there was a lot of early Steve Diggle stuff that seems to be completely out of print. No digital releases, nothing. Might not be financially feasible to do a big reissue package for FOC, but shoot, at least a Bandcamp page or something...

Thanks for keeping these up. Lest we forget. Cheers mate!