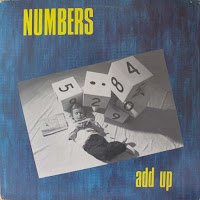 I used to play with your dad Coleman and Ed Blocki in a band called the Purple Hearts. It was just after Hot Tip and we lasted about a year. Say hi to Coleman for me when you get a chance.

FYI here is a writeup I found on one of our gigs: https://library.humber.ca/digital-archive/sites/default/files/coven/Coven_Jan28_82_Vol11_No33.pdf

Sorry for the late reply!! My dad is well, he is not in a band right now but has his drums set up in the basement which he plays sometimes with me. He does not have any idea where Ed Blocki is or any information about him.
Thanks for reaching out!

Thanks for getting in back touch.

Hope you are staying safe. Are you guys in lockdown? It's all a bit crazy in England at the moment.

Its good to know yout dad is still drumming. Once a drummer, always a drummer I suppose!?

Shame he doesn't know about Ed. I asked a few people online but know one seems to have seen or heard from him in years. I still listen to the album from time to time.

Hi can you please reup?

Seconding the request for re-up if at all possible ? Thanks!!

Would love a RE:UP if you could please and thank you. such a great band.