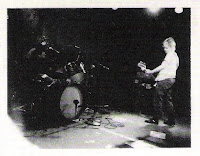 Olympia' Washington's Heavens to Betsy will always be remembered as the band Corin Tucker had her riot grrrl antecedents in prior to forming Sleater-Kinney, but H2B's merits are considerable, if a little unheralded. An economically efficient duo with Tucker on guitar and Tracy Sawyer flailing away on the skins, H2B convincingly and palpably bore the exfoliated nerve of societal repression and abuse (particularly as it pertained to young women). Perhaps it was Hole and Bikini Kill that gave the riot grrrl movement international prominence, but despite Tucker and Sawyer's sonically minimal delivery, H2B drove their point home just as loud and clear, if only to a more meager audience.

The 1994 Calculated lp on Kill Rock Stars was H2B's most accessible release, at least in terms of retail attainability, the releases leading up to it were in my opinion even more remarkable. A self-titled 1992 demo tape went a long way not only in laying out the blueprint for H2B future recordings, but functioned as a gut-check of sorts to anyone in earshot that could relate to the sentiments laid out in "Stay Dead," and "My Secret." These songs, among more to follow, concerned the post-traumatic aftermath of domestic and/or child abuse.


Heavens to Betsy's first official vinyl offering was a four-cut 7" ep, These Monsters Are Real, on the esteemed 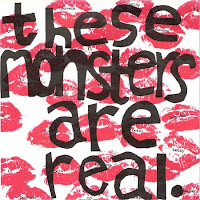 Kill Rock Stars imprint. It found Sawyer and Tucker delving into more melodic terrain, while fully retaining the cathartic energy. The Calculated lp that was soon to follow was hardly anything it's title would suggest. Surprisingly, much of it was not as substantive as the demos and Monsters 7" would suggest. It's still required listening for anyone who's devoured their lesser known recordings, but with such a heavy emphasis on sung/screamed dynamics, the songs tend to get lost in the process. 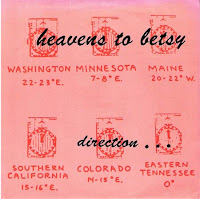 Their final recording, 1994's Direction ep made up for Calculated's foibles, showcasing H2B at their most poised and focused, and once again, wrought as ever. It features one of the duo's crowning achievements, "Get Out of My Head." You'd be hard pressed to find music of any stripe or genre more genuine than Heavens to Betsy's brief catalog of justifiable, post-adolsecent angst
Tracks:


These Monsters Are Real ep

I concur - that link died pretty fast! Please repost - and thank you for all the wonderful items you've shared with us... :)

Yes, please do repost. Did you get complaints about this, like the Jon Brion album?

If you still have those singles and demos, please reupload them!
Thank you in advance.