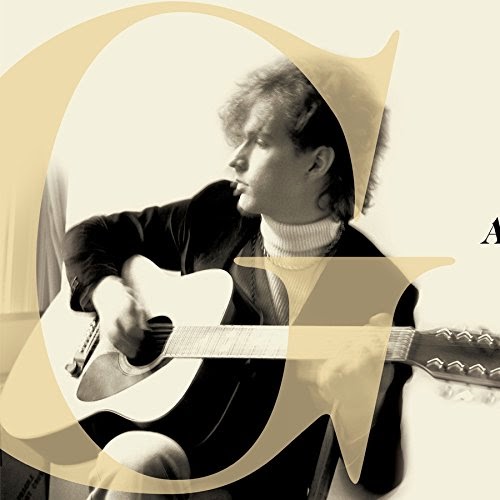 In all honesty, I didn't catch wind of Game Theory until the game was long over.  And it wasn't because I was a Loud Family fan first and worked my way backward.  I was merely a late bloomer. In the late '90s I was belatedly introduced to Scott Miller and Co., while I was beginning to indulge in another bygone band that had off of Mitch Easter's power grid, The dB's.  I can't recall the exact circumstances that led to my Game Theory plunge (perhaps a used copy of The Big Shot Chronicles procured at a local record shop)?  To cut to the chase, I didn't have the luxury of experiencing the band's evolution from nascent college kids to baroque indie visionaries.  I've heard lots of people, critics and music fans alike, extoll praise regarding Real Nighttime's overarching magnificence - and it's plenty warranted.  As music scribe Pat Thomas phrases it in the first paragraph of the liner notes to the fresh Omnivore reissue of 1985's Real Nighttime, "...in many ways this is Game Theory's first real album."  If you delve further into the text, you'll understand more specifically why he makes that claim, but there in fact was a first Game Theory album, Blaze of Glory, that was no slouch, spawning stunning, deftly arranged tunes like "Sleeping Through Heaven," that would equal anything on G/T's subsequent releases.

That being said, Real Nighttime was the pinnacle of Scott Miller's output at the time (and arguably, ever).  Mitch Easter was occupying the producer's stead, and not only does he maximize and expand Game Theory's sonic capabilities he elevates the group's wherewithal.  The vague esoteric tendencies that populated the band's earlier oeuvre are even vaguer on Nighttime, yet neither Miller or Easter seemed to be gunning for a streamlined, radio-friendly modus operandi.  This may have cost the band commercially, but had they pursued the opposite we might be looking back on them in disdain.  The seemingly intricate arrangements that garnished Blaze of Glory and it's two succeeding EPs, were tightened, not tweaked, and made more lucid without conceding to any of Miller's original intent.

Game Theory scale perilously dazzling, melody infused heights on "Curse of the Frontier Land," "Waltz the Halls Always," and the tempo-shifting title track.  There's an anthemic moxie to all of the aforementioned, akin to what REM subtly achieved on Murmur a couple years prior.  The propulsive "Friend of the Family," is as close to punk as anything Game Theory attempted, and they do so with ample punch and vigor.  The pristine "24" find's Miller in a relatively soul-bearing light, and a rendition of Big Star's "You Can't Have Me," manages to sound even more stark and distinct than the original.  Be it rhythms, arrangements, or whatever, there's a certain sway to a Game Theory record and Real Nighttime manages to enhance this penchant that much more.

The Omnivore Records reissue of Real Nighttime tacks on an albums worth of bonus material.  The nine live cuts entail a casual reading of Gerry Rafferty's "Baker Street" (sans saxophone), a bevy of songs from the then current album and the barely vintage "Metal and Glass Exact."  "Any Other Hand" is reprised from the original ...Nighttime reissue on Alias Records.  A solo home demo, "Lily of the Valley (not the gospel standard) closes things out.  The booklet features among other things, an in-depth interview with Mitch Easter.  You can experience all of it direct from Omnivore, iTunes, Amazon and all the usual suspects.
Posted by spavid at 8:55 PM

Boy! Omnivore must have treated you right! Nice to see, actually.

Really a shame that this is MP3 only as a download - if ever an LP deserved lossless, it's this one.