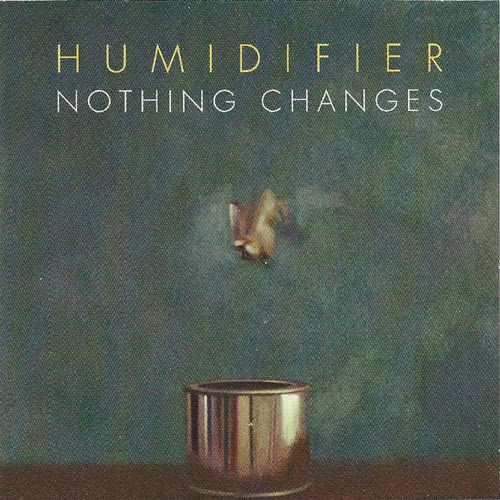 I did a piece on Humidifier a good four years ago when I made their 1993 Gazer ep available to the world at large.  I provided a relatively thorough backgrounder on the quartet (later pared down to a trio) in that entry, but the synopsis on the band is essentially this - Jon Wilbur, renown for his tenure in Superchunk,  and likewise John King for his time in Spent, comprise the Humidifier nucleus.  In the late '80s up through about 1991, they recorded two 7" eps, and a full length, Misery's Redeeming, during their initial tenure.

Fast forward to 1996.  After making a name for themselves with the aforementioned indie rock titans, Wilbur and King, along with drummer Dennis Saulnier revived Humidifier.  Armed with an album's worth of new tunes, considerably more experience, not to mention a record deal with a credible label, Nothing Changes was born.  The album plays out like it's composite might suggest, yet there's little here that outright surpasses anything in Superchunk's considerably more visceral repertoire.  The Gazer ep's most convincing moment, "Nicotine" is rerecorded for Nothing Changes, and comes out noticeably more lucid in the wash, losing some of it's charm in the process.  NC is recommendable, especially for established clientele of Wilbur and/or King, albeit it's not particularly timeless.  Oddly enough, maturity wasn't always to Humidifier's benefit here, and furthermore there was to be no follow-up to this album.

Would love a re-up on this when you get a chance. Thanks!