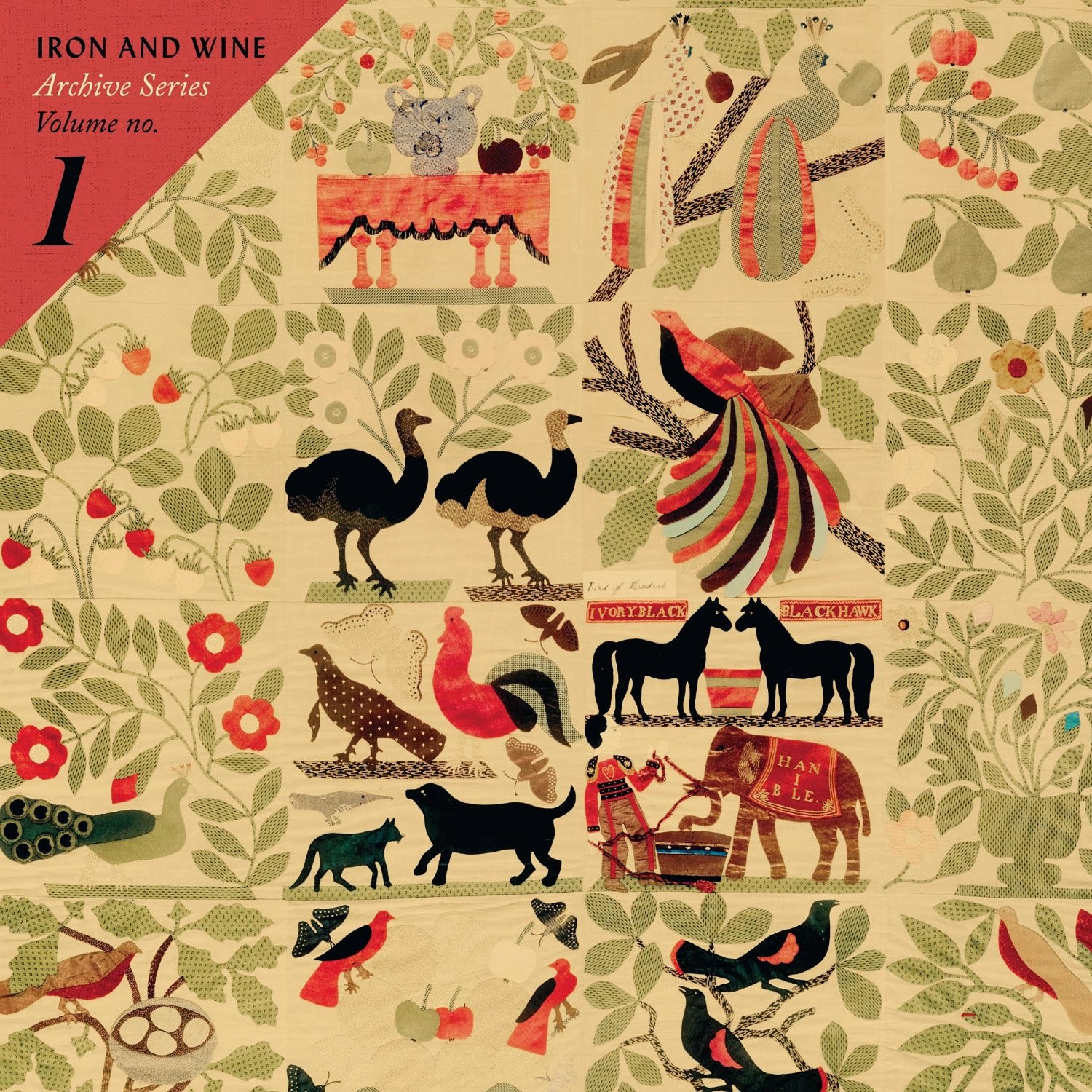 To encounter Iron and Wine for the first time is one thing.  Bonding with Iron and Wine is quite another.  Of course not everyone who hears Sam Beam makes the connection.  For me, it was hearing the lullaby vignette "Jesus the Mexican Boy" on college radio, circa 2003, that whet my appetite.  I wanted to hear more, and I did.  Quite a bit more in fact.  In addition to his first official Sub Pop releases of acoustic home recordings, The Creek Drank the Cradle and The Sea & the Rhythm, there was a bevy of outtakes from the same session.  Transferred through the post-Napster, peer-to-peer speakeasies, these leftovers made "the rounds" if you will, and I indulged as much as the next guy.  The bonding part, however, transpired under less than preferable circumstances.

Around this time my Mom had passed away, and the responsibility fell upon me to clean out her house before placing it on the market.  It was a time of intermittent despondency, but in those rare moments where I was emotionally strong enough to carry out anything constructive I occasionally listened to music.  It was a shortlist of a soundtrack for sure - Slowdive, Pale Saints, This Mortal Coil, Glide...and a cd-r of various Iron and Wine selections.  Sam Beam's hushed soliloquies hardly had the capability of healing me, though at the very least they were impeccably consoling.  A bond had been formed, just as it had for perhaps thousands of other listeners, hopefully under less grievous circumstances.

Many comparisons have been leveled at Sam Beam ranging from Robert Johnson to Nick Drake, yet there are no definitive parallels.  Lo-fi is a term that's downright mandatory in any written description of his homegrown tapings.  These recordings sound not merely analog, but rustic - so much so that one get's the impression that Beam's four-track recorder isn't powered by "D" batteries so much as an actual hand crank.  Surely that's a sorry stab at hyperbole on my part, but when I hear Iron and Wine I envision Beam working in a creaky, candlelit attic placing a small piece of tape over the removed tab of a Cat Steven's cassette, plunging it into his Tascam, and letting it flow.  Beyond the aforementioned sonic aesthetic, our man's timbre is an invariably hushed, telephone whisper, perhaps a tad too close to the mic.  All ballads too, with an emphasis on heavy-hearted romantic ruminations, often incorporating slice-of-life tangents.  That's a bit of an oversimplification, but for the unacquainted, think folk music sans the social agenda, or singer/songwriter craftsmanship minus ego.

As for Archive Series Vol. 1 itself, this sixteen song collection is culled primarily from tapes that slightly pre-dated the three dozen or some odd songs that birthed the watershed The Creek Drank the Cradle session.  From my per view as an archivist of those MP3 bootlegs, the bulk of Archive's sixteen-song set-list is wholly unreleased in any guise.  Cut from the same earnest sackcloth as the rest of his early output, there are no stylistic departures here.  In essence, the approach to titles like "Loretta," "Beyond the Fence," and "The Wind is Low" isn't a revelation itself, rather the songs are, ergo Archive Series Vol. 1 will be of immense interest established customers.  The unacquainted may want to reach for Iron and Wine's Sub Pop records first, but if and when they're convinced, they can backtrack to this enticing prequel.    You can find stream "Everyone's Summer of 95" below, and purchase the album direct from Black Cricket, or iTunes and Amazon.

What a truly wonderful write-up and description of Sam Beam's music and approach. Surprised to find it here surrounded by post-punk pre-punk and fuzz guitar gems, but the same thoughtfulness permeates all the entries (I'd still argue this one deserves special recognition.) Kudos.