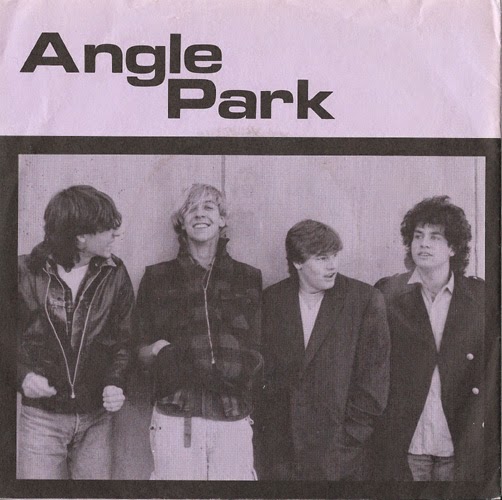 Here's a Minnesota quartet, possibly from Minneapolis, who apparently had no affiliation with that town's "big three" (Mats, Husker Du, Soul Asylum).  In fact, Angle Park seemingly made no attempt to blend in with that trifecta, and jolly good for them because this 45s A-side, "On My Back," is a riff-roaring ass kicker that roots up plenty of dirt on their own terms.  Think along the lines of the Magnolias, Georgia Satellites and the Neighborhoods and you'll get the idea.  The sensitive "Someday," rounding out the second half of this disk is the ballad-esque ying to "On My Back's" proverbial yang, proving there are indeed two sides to every single.

A. On My Back
B. Someday

I like both sides of this single, favoring the sensitive B-side "Someday" more than the rocker on the A-side. Really quite good.