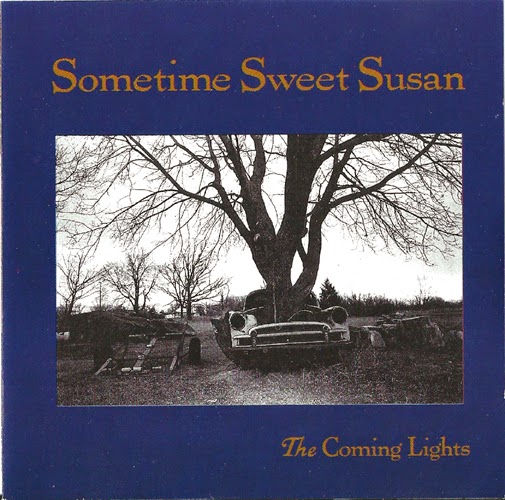 Milwaukee's entry into the '90s noise-pop sweepstakes, Sometimes Sweet Susan, was a commendable one at that.  I base that assertion on the band's first two wide-scale releases, Fuse in 1993, and the Point ep following a year later, both fairly consistent offerings of wiry dissonance and feedback with a thoughtful melodic subtext that was often smothered amidst all that bittersweet rancor.  The Coming Lights dropped in 1995, and by and large, it truly was the proverbial "difficult second record."  The initial volley of tunes ("Beauty Screams," "Somewhere West of Here," etc) capably fulfill the promise of those earlier disks, but Coming Lights slowly unravels into an anticlimactic haze of insular meandering, underwritten lyrics, and material that just hadn't come together yet.  Ironically, the album inadvertently functions as microcosm of Sonic Youth's downhill trajectory on Geffen Records, starting out quite well, then mediocre, and ultimately...fizz.  I'm still sharing Fuse and Point from a 2008 post which you're encouraged to investigate here if Coming Lights' better moments move you.

Please reup this one! Many thanks!