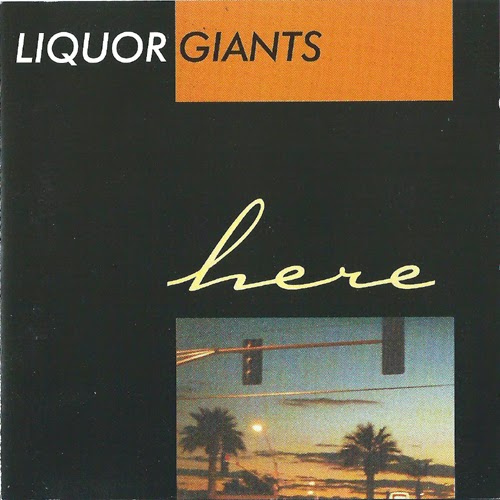 I recently had a request for this one, and wouldn't you know it's a nugget o' gold.  Here stands as one of my five favorite Liquor Giants albums.  On second thought, the band only had five albums to begin with, so that's hardly saying anything.  The Gun Club never did much for me, but within it's ranks resided one Ward Dotson.  By the early '90s, G/C were sorta kaput, and with that the guitar slinging Dotson proved to be a capable and compelling front-man on his own terms via a new outlet, the Liquor Giants.  The Giants pop/rock setup was hardly a revelation, but with a tuneful rush of warm, lived in reverb and earnest songs, integrity proved to be the band's calling card.  Here is remarkably consistent with a sonic penchant that pivots in the direction of late '80s Replacements.  The punchy "Stick Around" is not only an apt example of Dotson's inspired headspace at the time, but worth the price of admission alone - and there are a dozen more reasons to do as the aforementioned song title implies.  More Liquor Giants can be imbibed at iTunes, Amazon and Bandcamp.

One of my all-time favorite bands. I never knew there were a couple of their releases on Bandcamp. That's great

In between these bands Ward Dotson was in The Pontiac Brothers. If you're not already familiar with Fiesta En La Biblioteca I'd recommend it.

Liquor Giants are great! Learned of them when I first learned of what I suppose is "indie power pop" when I stumbled upon The Bob magazine and around the same time Amplifier.

sorry to request
but believe is possibile reup this album?
thanks in advance
(also for all the great music you share with us part the mistery mondays)

thanks for the reupping

could you re up the files please?