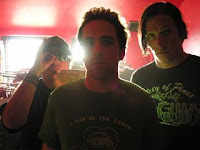 From the scope of this blog, you might assume that the current decade is largely to my chagrin. On the contrary, the ‘00s have produced some solid bastions of hope, including Motion City Soundtrack, Ben Kweller, Drag the River, The National, My Vitriol, Jack’s Mannequin, Reeve Oliver, and many more I could go on about, but as for this post, we’re going to talk about that last one I just mentioned. Reeve Oliver are an immensely talented power-trio from San Diego specializing in LOUD, riff-roaring power pop that in my opinion nearly outdoes some of their more famous, likeminded contemporaries, specifically Weezer, Foo Fighters, and Superdrag. Singer/guitarist Sean O’Donnell coincidentally recalls Kevin Ridel of Ridel High, and more recently AM Radio. Reeve Oliver was initially a solo vehicle for O’Donnell, but he eventually teamed up with drummer Brad Davis, and more notably, Otis "O" Barthoulameu, helmsman for the vigorous San Diego punk-pop act, Fluf. 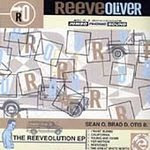 Before their self-titled debut album on Militia Records hit the racks in 2004, a series of Reeve Oliver eps preceded it. The three collections this post concerns unfortunately do not exist in my physical collection, rather my hard drive, as I was only able to obtain them a few years ago via Soulseek. My understanding is that the 2003 Reevolution ep was an official release, and even boasts the pedigree of being awarded 2003 rock album of the year, courtesy of the San Diego music awards. That ep contains early incarnations of what would become some of Reeve Oliver’s most devastatingly melodic album tracks, including “I Want Burns” and “Yer Motion.”

As for 2001’s You’re Gonna Win & California eps, I plead ignorant regarding the circumstances of their availability to the public at the time. Nevertheless, these precursor recordings give an entertaining insight into what would eventually become a par excellence rock act, albeit invisible to the mainstream. Since some of this material has been unavailable for almost seven years, this post will be a treat for established fans, and something of a sampler for the uninitiated. Additional Reeve Oliver eps were subsequently released, as well as a 2007 sophomore album, Touchtone Inferno.

Thanks for posting these. Reeve Oliver is definitely has a unique sound.

Can't believe I haven't heard these guys before. I've been playing this to death, and I've ordered the new album already. Cheers.

Ive been looking for these for years. thanks so so much.

Hi Spavid,
I have just discovered this band through one of your recent posts. Any chance of a re-up of these eps? Thanks

Hi Spavid. Thanks for your great blog. The re-up for Reeve Oliver says it has expired. Hope you are able to fix it. Thank you.