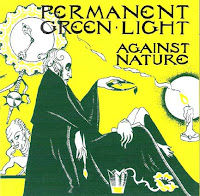 Back in 1993 when Against Nature was released, given the seismic shifting in the so called "alternative nation," Permanent Green Light weren't so much a blip on most people's radar, mine included. PGL was an L.A. trio fronted by Michael Quercio, lead-man for fey, "Paisley Underground" demi-gods, The Three O' Clock. In the Three, Quercio blended lightweight psyche-pop with keyboard laden new wave, earning significant cult adoration in the process. After their dissolution, Permanent Green Light was his next vehicle. Not as focused as Quercio's previous endeavor, PGL issued a self-titled EP and this album to no fanfare on the struggling Rockville Records label, a division of indie distributor Dutch East India Trading. Against Nature runs the gamut from ballsy riff-rockers, to hushed acoustic folk/rock. The EP is cinch to find, but this isn't, thus prompting me to post it.

Thanks for sharing this amazing album with your followers. I will listen to it while I buy Levitra on the Internet.

Nice post! It inspires the readers who have that great desire to lead a better and happier life. thanks for the nice read!!! -- DISCOUNT HOTELS INDIANAPOLIS

I haven't listened to them, cover looks scary but I guess album will be fine and worth listening. Thank you for sharing it with us and keep posting more such stuff