Well, I don't have a string of 7" vinyl queued up for this Chanukah, but how would three records in a slightly lengthier format grab you?  It dawned on me as a I set to type this out that I don't think I've mentioned any of the three following acts on this site before, so you're truly getting something original for a change.  Please make your acquaintance below. 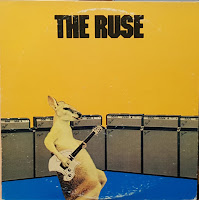 Matt Barrett's back story is quite literally strewn on the rear album cover of The Ruse.  Since I've included a fairly legible jpeg in the folder I'll try not to overlap with it too much.  In 1978, two up and coming scenesters in Chapel Hill, NC, vocalist/guitarist Barrett and accompanying guitar slinger chum Rick Miller had some songs sans a full fledged band.  You know how just about every batch of these annual Chanukah uploads somehow involves Mitch Easter to one extent or another?  Well here he comes into focus again, as Barrett and Miller hooked up with Mitch (and frequent collaborator Don Dixon) to fill on drums and bass respectively for a one-off recording session in 1978 yielding two songs for an intended single.  Intended is just how it stayed due to lack of resources to usher them to market.  Fast forward to 1980 for the recording of two newer cuts concocted by the Barrett/Miller axis, this time with a less renown rhythm section. The Ruse collects all four recordings...and it's something of a mixed bag.  Regarding the Mitch Easter/Dixon cuts, "My Baby's M-M-Makin' Me Dance" is a rootsy stomper wielding a bit of a Rockpile angle.  No foreshadowing of anything approaching the likes of Let's Active, but fun.  The remaining cut from this session, "Restless" is a sluggish classic rock jam, accomplishing nothing in it's four tired minutes.  The two newer songs on side two are exponentially better by comparison, veering in the vicinity of radio-friendly power pop.  Both "Six Pack" and "How Could I Have Known?" are wholly sturdy and respectable. 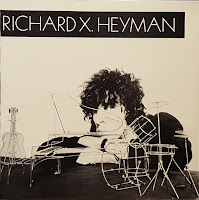 When Actual Size fell into the laps of a none-too-assuming public in 1986, it was more than just another power pop record, rather the dawn of singer/songwriter Richard X. Heyman marking his first solo venture.  He made a bigger splash a few years later, landing on Sire Records for '91s excellent Hey Man!, and has been releasing records independently ever since.  In spite of everything he's come up with since this little homegrown EP, it's probably the most arresting thing I have yet to hear from him.  Touching on everyone from '80s Tom Petty to Marshall Crenshaw and Tommy Keene, the six-slice Actual Size is a transcendent pie of ringing, snyth-enhanced pop, that doesn't succumb to the gaudier recording and performance techniques of it's otherwise superficial era.  "Hoosier" alone is time capsule worthy.  A front to back winner.  Heyman re-recorded the entire record and some of his other early songwriting ventures for 2007's Actual Sighs.  Well worth picking up if this makes any impression on you. 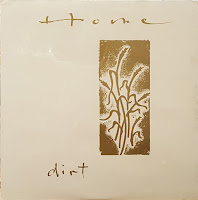 I know for a fact there have been numerous bands monikered Home, but perhaps none more clandestine and intriguing than the one which set up shop in the environs of Albany, NY circa the mid-80s.  The brainchild of lo-fi  home-recordist Bob Lukomski, Home bore some austere, noir affectations, just not the brooding or navel-gazing variations thereof.  Dare I say they had an affection for what Peter Murphy was up to around the same period?  Intelligent, tuneful post-punk rock nibbling on the same edges as contemporaries For Against is how I would typify Home and this thoroughly wonderful four-song record.  They played out frequently from what I recall, but despite originating from their neck of the woods, Lukomksi and Co. were a posthumous discovery for me.  Additional Home material is available on Bandcamp along with some of Lukomski's other endeavors.

Wow. Had no idea. Thanks!

Ha! Thanks for the shout out. We put out a full Length LP as well in '89 called Kittycat. Contrary to what is said, Robert Seals and Michael Neff were really the driving force of the band.
To be honest, our influences were more in the vein of Joy Division, Echo & The Bunnymen, Breathless, Cocteau Twins, Magazine, among others. We were too geeky to be goth. None of us were big Bauhaus or Smiths fans (another group we got compared to a lot.).

Embarrassed but appreciative of the listen...

I played Six Pack so often on Chapel Hill college radio station WXYC that it is immutably etched into my auditory memory. Such good stuff. And, Rick Miller is indeed Parthenon. I knew him way back when. He also performed often as Rick Rock and you can find his excellent demos on the Mondo Montage collections that are well worth seeking out. Now, what can I do to grab a copy of Kilkenny Cats' "Hands Down"?

Thx a lot for everything u share
I like a lot the album Hey man ! of Richard X. Heyman
I don't like to ask but do u think u could fix the link of Actual Size ep?
Whatever thx again and pardon my french.
Cheers.