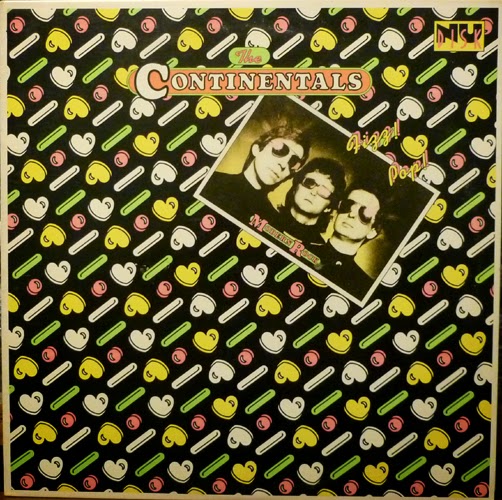 Recently had a request for this one.  The Continentals Fizz Pop... 10" ep was released in conjunction with two other 10" eps by New Musik and Propaganda on Epic Records as part of their "Nu Disk" series which I opined about in 2009.   This trio was said to be of American descent, but were apparently stationed in the UK.  Indistinctive, but largely effective power pop/AOR in the mold of contemporaries The A's and Tommy Tutone.  Per Discogs this was ostensibly The Continentals parting shot, and was produced by Tommy Erdelyi (Ramone).

Such a great ten inch EP Epic made a TON of these, it seems, because when i would record store dive, it was always in there....

Ah, the "Nu Disc" series. Great concept. My very little spending money back in those days was very seriously tempted by 'em, but I never bought 'em. There were new releases of full LP's for a buck more and at some point I began to find the cutout bins (wish I had scooped up all of the Apple Records stuff that was in them). Still, when I heard one of these they were generally pretty good.