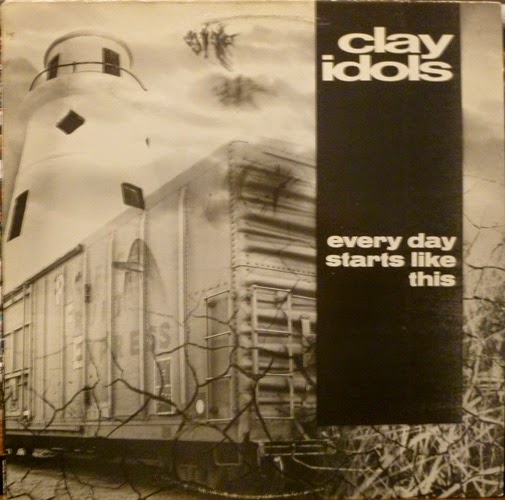 Every Day Starts Like This is the ep that preceded an LP by the Clay Idols I posted a few years ago called Falling Down Backwards.  Thoughtful, strummy guitar pop dangling toward the acoustic end of the spectrum, with some occasional crunch.  Perhaps not left enough for left-of-the-dial outlets, the Idols took themselves slightly seriously, a la Miracle Legion, and to a lesser extent early Toad the Wet Sprocket.  It's obvious from the get go that frontman Steven Schayer (brother to future Bad Religion drummer Bobby Schayer) is the immensely determined driving force propelling this band.  His timbre is none-too-dissimilar to that of John Faye, the crooner for The Caulfields and Beat Clinic (my apologies for such an arcane reference point).  I've noticed, the Clay Idol's were at their most rockin' when Schayer tamped down his more introspective inclinations, but by and large, Every Day's... every moment is worthwhile.