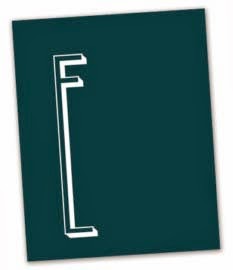 Well, it looks like I'm overdue for one of my famous "letter mixes," considering the last one made it on here a good nine months ago.  Adhering to the same theme as my preceding "D" "H" "O" "P" "B" and "G" folder mixes, this 20 song garbage plate of disparate artists have only one thing in common - the first letter of their respective names.  In fact, no consideration has been given to genre.  For almost every complete album I have by an artist on my hard drive, I store just as many random one-off songs by artists I don't have a dedicated folder to.  These random one-offs have been corralled into "letter folders" A through Z.  As was the case with the previous entries I'm not going to publish the track list, but I'm about to drop several hints to give you an idea of what's about to gobble up 78 megs or so of your hard precious drive space.

As the nature of these letter mixes go, there is an abundance of covers.  Some of the interpreters this around include Emm Gryner, Electric Frankenstein, Ensign, Everready and Elf Power (please note that two of these hitmakers cover none other than Husker Du!).  The Ecstasy of Saint Theresa do one of my favorite dream-pop songs ever, Eric Bachmann of Archers of Loaf goes acoustic on us, there's garage rock from upstate New York, circa 1966, from the Ex-Cels, EESCH bop us over the head with a pop-punk slammer, there's emo from obscuros Eat People, as well as my Eurogliders song of choice.  Okay, enough hints - get downloading already!

really VERY curious if you downloads have gone down, netkups really sucks dirt and say Click Here To Go Back all the time now not matter what browser, what cookies, what history have been deleted. do you have any idea what the counts are? or the problem is?

Been getting a lot of complaints lately. Am going to have to think of something else...