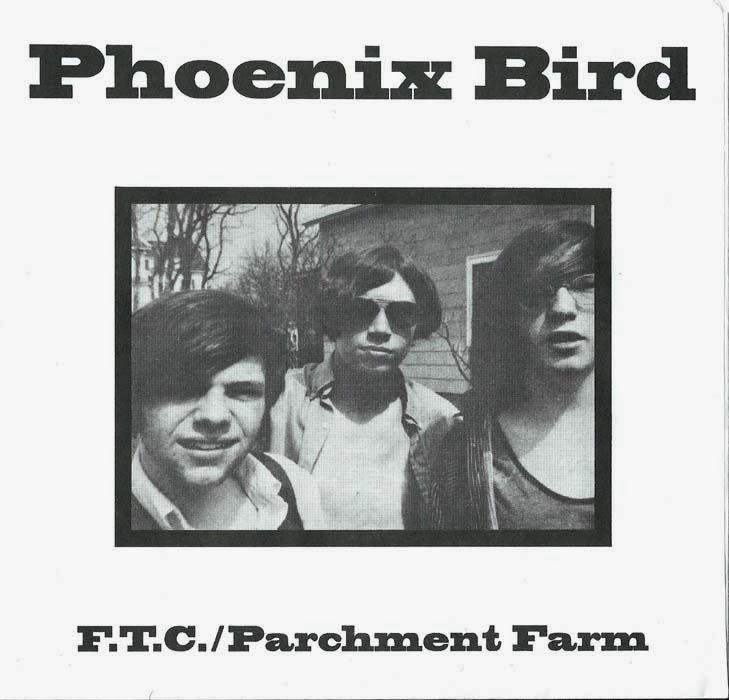 I've decided to be all over the map this week.  So there.  I found this little curiosity on Ebay last year.  I'm tempted to refer to it as a reissue, but in fact it was issued as a single for the first time in 2011 or 2012 (undated).  The back sleeve (depicted below) explains that Phoenix Bird were a New Hampshire trio who formed in 1969, and presumably cut these two songs to an acetate in 1970 or shortly thereafter, with the intention of releasing them as a single.  That didn't happen until four decades after the fact. 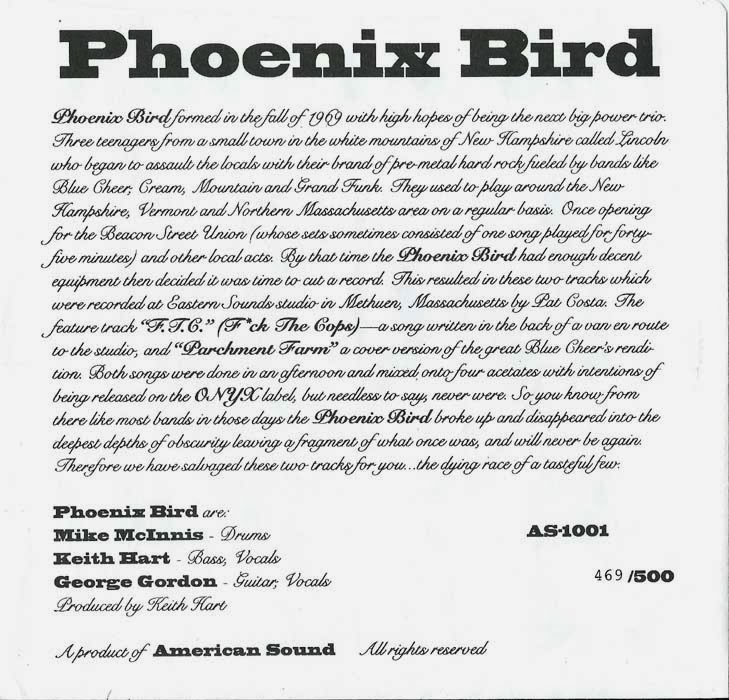 Per the liner notes, PB had "hopes of being the next big power trio."  Had it been released on schedule, "F.T.C (Fuck the Cops)" would have beaten N.W.A. to the punch by a good twenty years, yet the tune doesn't contain a shred of profanity, nor does it extend any meaningful umbrage to law enforcement types. Sonically, it sounds like the band was cutting it's teeth on Cream.  The B-side is what I really came for - "Parchment Farm," a rendition of the old-time prison standard that Blue Cheer turned inside-out for their 1968 opus, Vincebus Eruptum.  Sure enough, Phoenix Bird keep the song faithful to Blue Cheer's arrangement and totally nail it.   Well played.  This single was limited to 500 copies.  Some surface noise is detectable, but the source of it lies in the quality of the acetate, not my vinyl copy (at least I like to think).

Hi, the link is death, can you reupload it again? Thanks a lot!