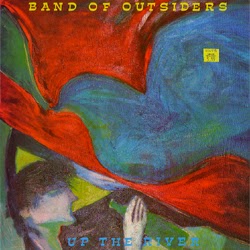 I was going to cut my Little Hits retrospectives off at the third installment, posted back in November of last year, but the "series" (for lack of a better word) proved to be popular with you, plus there were a few more inches from that reel which I felt warranted further exposure.  If you're new to what I'm referring to, Little Hits was an unrelated music blog that preceded mine, largely dedicated to left-off-the-dial indie rock obscurities circa the 1980s.  It turned me onto to at least a dozen top-shelf acts from yesteryear, and left such a profound impression on me, I decided to throw my cap into the blogosphere ring with Wilfully Obscure.  Throughout the latter part of 2013 I began sharing self-curated compilations of some of the music I downloaded during Little Hits 2005-2009 reign.  Since I can't get to everything in depth on these pages, I'm at least able to pitch some Cliff's Notes your way. 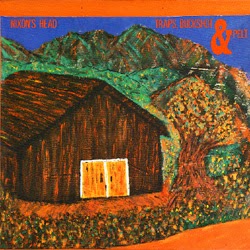 This installment skews heavily to the power pop realm, with exemplary selections from such traditional practitioners as Clovis Roblaine, The Finders, Jacks, The Bobalouis and Spaghetti Western, all worth their weight in strummy, jangly gold.   There's also the swarmy "new south" sensibilities of Matthew Sweet's pre-solo endeavor Buzz of Delight, a single from a very early incarnation of the dB's, not to mention a memento from Sarah Records stablemates Action Painting!  On top of all that you get tunes by unheralded, college radio combos like Nixon's Head, Band of Outsiders, and The Passions.  The superlatives and accolades could go on forever, but I'll just let you get to the music.  The full menu is provided below, and make sure to check out the first three chapters of my Little Hits anthologies here, here, and over here. 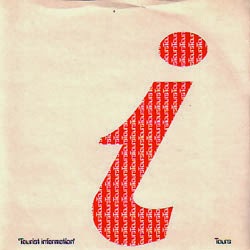 Action Painting! - These Things Happen
Band Of Outsiders - Dutch Girl Concern
Buzz of Delight - I've Got Gold
Chris Stamey and the dBs - (I Thought) You Wanted To Know
Clovis Roblaine - Fall All Over Me
Fischer-Z - Marliese
Nixon's Head - I Like You
Passions - Strange Affair
Sister Ray - Yellow With Black Lace
Spaghetti Western - What Are Friends For
The Bobalouis - Not A Second Chance
The Finders - Which Way
The Jacks - It's Not True
The Modern Minds - Theresa's World
The Tours - Tourist Information

An archive of Jon Harrison's Little Hits on Soulseek was easily my most popular share until I started sharing Jeffrey Glenn's Lost Jukebox series several years ago. If for nothing else, I forever owe Jon gratitude for introducing me to A. More's "Lucia".

Thanks for the upload, spavid, as always. Unfortunately, I've tried to download a few different files unsuccessfully through Netkups the past couple evenings. When I select the "Get direct download" link, a page reading "Error. Please try again later" appears. Could this just be due to high traffic? I've had the same result in a couple different browsers. Any help is much appreciated. Thanks.

I owe a lot to Jon as well.

I know that Netkups has reported traffic issues, and I'm not sure how to get around them, other than trying again at another time. I can email them and see what they say. Thanks for alerting me.

Thanks. Strangely, the download problem continues to occur on my laptop, yet my desktop computer is fine. Not sure what's going on because I've always downloaded on my laptop, but I'm thinking it may just be some problem on my end.

My favorite series. Is Richard X. Heyman in Spaghetti Western? Sounds just like him.

Hey whats up there? Are u still alive? I hope so man, i have to congratulate all your work uploading this fucking beautiful great sublime music. I dont have words to express when i hear it. I was wondering if yo can upload again VA Little hits all.
Thanks again.

All the Little Hits links have been updated.

Ooooh, reckon we could get a re-upload?? I am intrigued by this Nixon's Head just from that record cover...

Been following for a long time was also a follower of Little hits and like u gluttened myself on his ups, great stuff thanks for continuing to share.