I wanted to take a break from my usual volley of retro grooves to zero in on a couple of contemporary acts that have become not just perennial favorites, but veritable bi-annual and tri-annual mainstays on these pages - Graham Repulski and Kent State. 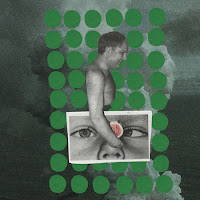 I've long waxed on Graham's longstanding exaltation of everything lo-fi, stemming largely from his appreciation of the Godfather of that very form itself, Robert Pollard.  His prodigious absorption thereof usually materializes in ninety-second blast-waves of frizzy and fractured noise-pop that are startlingly similar to that noted Dayton, OH avant-bard.  On previous releases, including the teaming 2011 full-length, Into An Animal Together, alongside countless cassette eps, our man was oft found sloshing about in the backwash yet to recede from the great Bee Thousand flood of '94.  His newest LP, Cop Art is chockablock with a likeminded assortment of crackly and clangy cacophonies, but Graham's once deeply penetrating melodies ring a little less poignant, at least throughout side one.  Established customers and G/R completists need not shy away in the least, however new ears would be advised to plunder his back catalog Bandcamp style before delving into his latest, but perhaps not-so-greatest.  Cop Art should soon be available on LP direct from Big School, and digitally here. 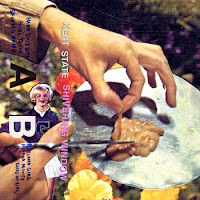 Nearly as prolific we have L.A.'s Kent State and their new split tape with Shivering Window.  Equally as noisesome, if not more so than the aforementioned Repulski, Kent State's murky muck might impress you as a scuzzy, art-damaged deconstruction of everything from Swervedriver to Japandroids, plummeting the fidelity bar basement-ward big time.  Decent, but you might have more fun with last years Behind Closed Doors ep.  Splitting the difference with them is Shivering Window, the tape-hiss enshrouded brainchild of Matthew Gray.  His two drum machine-enhanced contributions here skew in the vicinity of Lou Barlow, but are otherwise unremarkable.  This cassette cartridge will be limited to 100 copies, and made available in late May, but you can stream the whole thing right this very instant over at...you guessed it, Bandcamp.
Posted by spavid at 7:01 PM