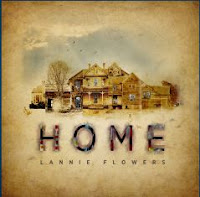 If you've frequented this corner of cyberspace for the last five years or so the name Lannie Fowers is bound to be familiar.  From nicely padded archival releases of material from his '80s power pop cabal The Pengwins to a bouquet of riff-tacular solo LPs (Same Old Story, Circles, etc) in recent years, he's been ubiquitous, albeit in small circles like ours.  Not an experiment so much as a slight departure, his latest, Home is still a (mostly) plugged in affair with the emphasis on reflective, personal themes.  Wielding a mature singer/songwriter tact without succumbing to the more cliched trappings of such a venture, Home is as engaging as it is heartfelt recalling everything from 1970s soft pop (check out the masterclass ballad "Missed You Tonight") to more upbeat triapses that could rightfully take their place on the same shelf as Wilco's Summerteeth.  The vinyl incarnation of Home is set to ship in March of '20, but the CD version is ready to go, and is available digitally through Amazon and even Spotify. 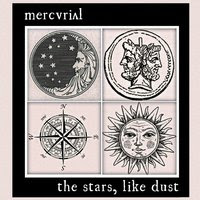 If nuanced, modern-day dream pop (i.e. "nu-gaze") is one of your proverbial wheelhouses, Mexico's mercvrial are your next go-to destination.  Helmed by an American expat, mercvrial are prodigiously adept conveyors of ethereal haze who opt for melodic songcraft over sheer white noise - and they have a new five song EP, the stars, like dust to show for it.  For a band bearing a self-described Anglophile bent this quintet ironically recall some excellent Yankee purveyors like For Against, Spirnghouse, and more recently the Daysleepers.  Drizzles of chiming guitars and heady sonic structures agilely waft their way around pensively themed originals "Otherworld" and "Carnival."  mercvrial know how to wrap their way around a cover as well, namely The Chills' Kiwi-pop chestnut "Pink Frost," and the considerably less renown but doubly rewarding "Girlwish (II) by Fudge, a bygone Richmond, VA combo I've given no shortage of exposure over the past couple of decades.  the stars... is available physically through CD Baby, and through digital liaisons Bandcamp on a song-by-song basis. 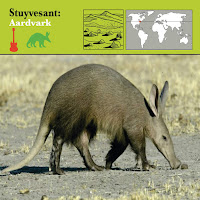 Last but not least, New Jersey punk-pop stalwarts Stuyvesant still make the rounds intermittently, and when they do they always make it count.  Their latest for Dromedary Records is a two song 45 with a brilliant picture sleeve that cops one of those animal file-card thingys that were all the rage among nerdy sixth graders in the '80s.  And oh yeah, the music too!  "Aardvark" is a sturdy, devastatingly melodi-core scorcher pointing to Stuyvesant's inspirational antecedents All, Samiam, and Porcelain Boys.  Would really love a whole new album of these.  The flip, "Gauntlet" rocks a considerably more dissonant stride that dare I says flirts with different time changes.  Just a heads up, the vinyl of this one is lathe-cut and strictly limited with most of it's 40 copies being sold out already, so head here pronto!  You can buy it digitally from that link as well, and of course, Amazon downloads is always there for you.
Posted by spavid at 4:40 PM