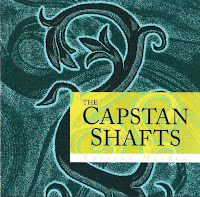 Guided by Voices inspired dozens of slavish imitators, pale and otherwise.  I like to think Capstan Shaft's Dean Well's is one of the more genuine and well intentioned proteges of that ever growing cadre.  Environ Maiden is just one representative example of over a dozen digital compendiums of Well's handiwork, primarily spanning 2004-11.  The man in question skews heavily to GBV's lo-fi aesthetic, circa Bee Thousand...albeit dispensing not as much charm, but he comes close on "Oil From Greenland" and "Elected Head of Her Anarchist Group."  Wells possesses a timbre closer to Tobin Sprout than Robert Pollard, with the songwriting acumen of the latter. 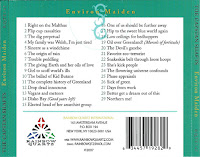 The average song length clocks in at a good, oh let's say, 90 seconds or thereabouts.  With 29 tracks in this particular playlist, many get lost in the shuffle, but there's enough keepers to compel repeat listens, and further exploration of Capstan's deep trove.  Full track list is to your right.

Thank you. This sounds right down my alley, as long as not too heavily titled to the annoying noise side of GBV. Assuming it hits the spot, thank you to Barry also for a tip as to what I should consider next.

Agree with your write-up - Ironic that the only effort I have is the one you presented here (probably because it was on Rainbow Quartz). I had no idea there were others by the Capstan. Can you post anything else. Thanks very much.

I've got more. Will try to get to this soon.

Spavid, Barry and Mr Unknown, thanks for the follow-up info.

Between CS & The Astounds he was also Rare High:
https://rarehigh.bandcamp.com/

& before that Loud Springs, but their Bandcamp site now seems to be empty:
https://loudsprings.bandcamp.com/