It doesn't take long for a spate of quality releases from Saint Marie Records to accumulate.  Submitted for your approval, a rundown and encapsulation of some of the finest and most intriguing propagators of the scene, that as they saying goes, celebrates it's own personal self.  We'll kick things off with an exploration of reissues from two twentieth century progenitors who never quite achieved
their due. 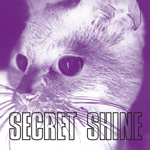 Secret Shine's Untouched was never issued in the States upon it's 1993 release, and from what I've been able to glean, they were given short shrift on their UK home turf.  Why? Well, this quintet was patently standard fare for the dream pop crowd, and it didn't help that S/S copped liberally from more established contemporaries Lush, Slowdive, and the Valentines.  That little theory aside, Untouched contains some phenomenal, if not particularly groundbreaking music, quintessential of shoegaze's golden era, and in my book earns a slot as one of the best 25 albums the genre had to offer.  Eight songs, and regrettably, no bonus tracks. 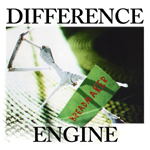 From the comparatively rural locale of Ithaca, NY (later relocating to Providence, RI) came Difference Engine, whose 1993 debut, Breadmaker I dedicated some text to a couple of years ago.  Theirs was a cleaner and less congested approach to the form, but no less intoxicating.  Margaret Ayre's ethereal vocal penchant and her compatriots tingly guitar leads lingered more in the atmospheric realm of contemplative indie rock than full-bore, shoegazer bludgeoning.  It was this transcendent aptitude that lent Difference Engine a blissful plateau unto themselves.  The 2015 reissue of Breadmaker boasts a crisp remastering job and appends a hard to find compilation track "Ed's Apache Ghost." 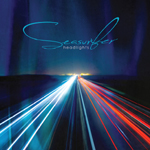 The term "nugazer" gets bandied about a little too much for comfort these days, but in regards to Hamburg's Julia Beyer-helmed Seasurfer, that tag is apropos insomuch they don't necessarily salute the class of 1990, rather sonically-charged modern successors like Silversun Pickups.  Their, Headlights ep brews up a dark, gale-force surge sans any labyrinthine maneuvers to bloat the overall effect.  If possible, try to snag a limited and expanded version of the ep, Live in the Headlights, containing a ten-song live set wherein Seasurfer transform Slowdive's "Dagger" into a veritable arena rock anthem.  These folks seriously pump in concert. 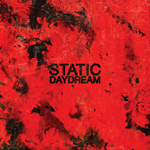 What band melds the cavernous howl of Jesus and Mary Chain to the hammering scuzz-pop of Isn't Anything-era My Bloody Valentine, while managing to convey a general semblance of melodicism?  Enter Static Daydream, the brain child of Ceremony/Skywave alum Paul Baker.  A scalding swath of feedback and echoey vocal effects permeates damn near every speck of Static Daydream, and even if the album imbibed in it's entirety may hint of a recurring daydream, barbed hooks like those accentuating "More Than Today" and "Until You're Mine" will encourage many a repeat listen to this eleven-song post-punk suite. 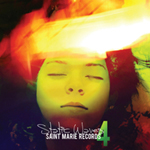 In what's becoming a perennial tradition Saint Marie has strung together another jam packed, mondo three disk compilation set, the fourth installment in the reliably gratifying Static Waves series.  And like any worthwhile label-associated collection (i.e. sampler) there's not merely a a handful of exclusive tracks, rather the vast majority of them, in this case numbering well over twenty out of 33 songs total.  The entirety of Saint Marie's active stable is on board - Bloody Knives, Spotlight Kid, SPC ECO, Presents for Sally, Keith Canisius, High Violets, Deardarkhead, Cherry Wave, all of the aforementioned in this write-up, and then some.  Jeff Runnings from For Against is launching a solo endeavor early this spring, and you can preview a special mix of a track from it, "Outside Oslo" here.  I was also chuffed to The Emerald Down on the Static roster as well, a name that hasn't been on my radar for ages.  Only $9.99 for all of this and more kids.

You can find all of these items (in most cases on vinyl in addition to ones and zeroes) straight from the source at Saint Marie online.  A query on Amazon and iTunes should get you going as well.
Posted by spavid at 5:41 PM

I have both Secret Shine and Difference Engine. Secret Shine in particular was a great find way way back in 1999. Over the years, as my musical tastes have broadened and then begun to coalesce, I find myself gravitating heavily towards jangle pop and shoegaze. "Loveless" is my favorite album of all time, bar none.

Thanks for your comments. I didn't discover Secret Shine until much later myself.

Thank you for your time and research on this blog ! we just can't get enough digging music around here, thanks man, keep it up !