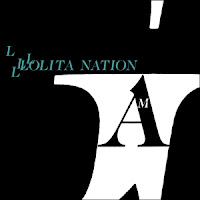 How do you explain why an album so heralded and lauded as this one has been out of print and commercially unavailable, even digitally, for close to 30 years?  Cliched as the word might be, "sprawling" is an apt adjective to describe Game Theory's feast of a double album, 1987's Lolita Nation.  Bursting at the seams with 27 tracks, with the inclusion of a myriad of loopy instrumental segues and detours (not to mention an album title that would suggest something of a skewed story-line) would give many (even myself) the impression Lolita was a concept piece.  As it turns out, not any more so than say, Double Nickles on the Dime or London Calling.  In fact,  if you're looking for anything resembling a "plot" or "theme," be it subtle or obvious, you're merely deluding yourself.  Whatever the case, for the first time in several decades you can dissect and debate to your heart's content, thanks to a remastered and expansive reissue of Lolita Nation on Omnivore Records.

Thankfully, one thing Lolita isn't is rambling.  There's a palpable method to the late Scott Miller's sequencing and flow of what many regard as his career best album, albeit not a particularly narrative one.  Lolita Nation nonetheless has quietly cultivated a mythos in the years since it's Reagan-era conception.  A one-fan-at-a-time conversion ensued over the subsequent decades as it was handed off from friend-to-friend, much in the way Big Star's three albums were posthumously disseminated throughout the '80s.  And even though Game Theory made their case more concisely (and arguably more consistently) over the course of crucial precursors like Real Nighttime and Big Shot Chronicles, LN captures Miller and Co. revisiting their indigenous aesthetic and charm of yore on signature-tunes-in-waiting, "Chardonnay," "Little Ivory," and "The Real Sheila."  Another tune smacking of classic Game Theory's is "The Waist and the Knees," though to the contrary of the aforementioned it's cascaded in jarring blasts of synths and other intermittent techno trickery.  Things take a decidedly more avant turn on "Dripping With Looks," and then we have the oddest duck of all, "All Clockwork and No Bodily Fluids Makes Hal a Dull Metal Humbert," two challenging minutes of loopy studio effects and a pastiche of dissonant audio snippets and samples.  Lolita Nation is the one album in the Game Theory oeuvre that adamantly defies generalities.

A couple of more observations and then we can dig into the bonus disk.  Once again, the band enlisted Mitch Easter as producer and engineer.  Sonically Easter and Scott Miller were on parallel wavelengths, part of a unique vanguard of artists who stretched the more eccentric facets of collegiate rock over a relatively accessible pop/rock canvas.  With that in mind, you'd be forgiven if you mistook "Nothing New" as a Let's Active tune.  I'd also be remiss if I didn't mention that Game Theory adopted a new band-mate prior to Lolita, specifically Donnette Thayer, whose up-front vocal presence on "Look Away" and "Mammoth Gardens" charted the band on a tauter and more assertive course, a tact that would be extrapolated even further on the band's 1988 swan song, 2 Steps From the Middle Ages.

Onto the supplemental material.  A whole disks worth in fact, almost as lengthy as Lolita Nation proper.  Among it's 21 servings of rehearsal and live takes, rough mixes, and radio session material, you really won't find any unique Game Theory compositions that aren't represented on the album.  Instead, you'll be treated to a wealth of imaginative covers, encompassing such disparate artists as David Bowie, The Hollies, Iggy Pop, The Smiths (for chrissakes, wow!), Public Image Ltd, Sex Pistols and even Joy Division.  But it's not all remakes mind you.  The proceedings commence with the unedited, near eight minute  version of "Chardonnay," that had to be pared down considerably for the album to accommodate the original 74-minute limitation of compact disks, circa 1987.  Rehearsal demos of "Little Ivory" and "The Waist and the Knees" are represented at their spontaneous best, but it's seven radio session offerings from 1987-88 that really take the cake, and in fact are where many of the covers are sourced from.

So what makes Lolita Nation so endearing to Game Theory fans?  Taken into account it's breadth, depth, inherent contradictions, not to mention a tad of experimental wanderlust, the answer to that question lies solely in the eyes/ears of the beholder.  To have an behold the rejuvenated Lolita Nation for your own, head over to Omnivore headquarters, Amazon or iTunes.
Posted by spavid at 7:45 PM

I always found it hard to put into words a piece of artistry which provides an experience that's, well indescribable. Lolita Nation is that. But I'll be dar-gone if you didn't do it. Your love & respect for this work comes through. Nice job!! More than just a musician/songwriter Scott Miller is like Brian Wilson or Curt Boetcher, an orchestra leader, taking pop music and turning it into pop symphony. Grand, adorned and beautiful. A great album. Thanks for reminding us and saying what I (obviously) can't say as well. :)))

Thanks. Sometimes the words don't come as easy as you might think, so you're feedback is especially appreciated.