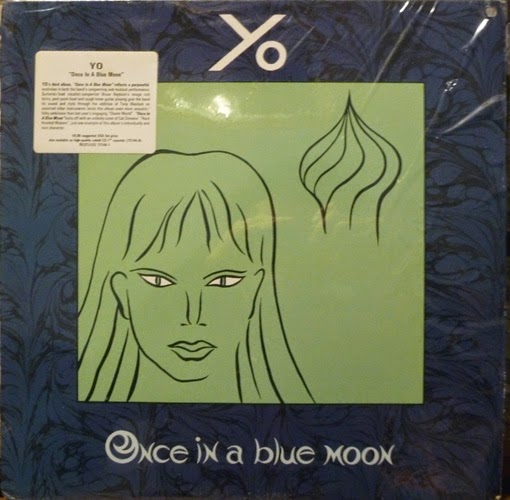 Another year, another Yo album.  Last year I introduced this offbeat quartet to you via their second long-player Charm World, and as of tonight I've digitized their third and final outing Once in a Blue Moon for the world at large to consume at their collective (or individual) leisure.  Mutant Sounds blog regards Charm World as having a slight edge over Moon, but I might argue to the contrary.  Very much the same formula for both records, particularly lead shouter Bruce Rayburn whose timbre is a solid approximation of what a fusion of Stan Ridgeway and Guadalcanal Diary's Murray Attaway would culminate in.  Yo's acerbic moxie works best in tandem with Rayburn's flurry of vigorous power chords, coloring such insurgent rockers as "I Meant to Tell You," "Sun and Moon," and oddly enough a blistering reinterpretation of Cat Steven's "Hard Headed Woman."

any chance for a new link?

I agree. New link please if you could.

The band I was in opened for Yo in Wichita, Kansas when they were touring behind this album. I was pretty buzzed as I was a DJ and this had rapidly become my favorite vinyl.